In the first few months after The Coach and I adopted our baby girl, we were giddy. It wasn't just that we had this absolutely adorable new baby in our arms and I had no stretch marks to show for it.  It was because after years of trying, years of disappointment, years of infertility treatments and millions of tears, we had gotten the payoff.  A baby. Our baby.

So we had a tendency to shout it from the rooftops for a while; "We adopted! We're so lucky!"

And sometimes, a lot of times actually, people would say, "Y'all are such good people for adopting that baby."

We're a couple who wanted a baby. I am a woman who couldn't have one. So we turned to adoption. And we were fortunate enough to find a wonderful woman who was willing to allow us to have hers. What a miracle that is.

I mean, no one tells regular parents how "good" they are for having a baby, do they?

What we are is persistent. And determined. Certainly creative in the way we went about it. And very, very lucky.  Because adoption is hard. It's expensive. It's emotionally draining. But it's so, so worth it in the end. Even when that adorable pink moppet grows up to be a snarky tween who refuses to come out of her room.

But it does not make me a saint.


People tell me that sometimes, though. Now it's because,  for the last eight months I have been the primary caregiver for my 82-year-old mother-in-law, who moved in with us after her assisted living home determined that she needed too much assistance.


Yes, while my husband went of to teach and my daughter went off to learn and the newspaper went from printing seven days a week to three,  I have gotten her out of bed, gotten her to the bathroom, made her breakfast, cut up her pancakes, fixed her oatmeal just the way she likes it, gotten her dressed, put on her bra (but I refuse to cup her boobs. That she has to do herself), washed her hair, given her her pills, fixed her snacks and, three times a week, taken her to and from her dialysis treatments. Sometimes I have had to pick her up off the floor. Sometimes I have had to clean her up.

And people have told me that, because I am doing all of those things and "allowing" my mother-in-law to live with us, I am a saint. Or, at the very least, I am earning my angel's wings and securing my spot in heaven.

I guess I hope that is true. But I am not a saint.

I have not always done the above happily. Or willingly. Or sweetly. Or gently.

I have been angry.  I say the "F" word. A lot. I have yelled. At her. At my daughter. At my husband, who at least had the distraction of baseball to keep him sane. I've got nothing but a 40-minute power walk in the morning.

I have some people thinking I have become an alcoholic. I have developed a taste for Vodka and I have reacquainted myself with Jose Quervo, whom I broke up with after one really bad night in college.

And I have become a shut-in. I don't go places. I don't do things. Sometimes, I feel trapped in my own home.

One day as The Coach walked in, I walked out.

"Where?" he asked, truly bewildered.

I went to Big Lots. And cried.

I have resented the hell out of her -- for invading my house, for ruining our family time, for demanding my time, for making me wait on her, for wanting peanut butter instead of the delicious meal I just cooked. Even though I know that none of this is her fault.

So while people are telling me I'm a saint, I'm feeling evil and mean and ashamed of myself for wishing that she wasn't here. That we didn't have to do this.  That I didn't have handrails on my toilet. That I didn't have to listen to her TV instead of the one I am trying to watch in the living room. That I didn't have to hear her in the bathroom because she can't close the door when she goes. That I had never bought that fucking beeper she uses to summon us. That it wouldn't go off  just as my husband and I are about to get busy. Or in the middle of it.  That my husband, my child and I could go do something -- anything -- together as a family, but we can't unless she have a "sitter." That we had one we could count on. That our lives would go back to normal.

And that those who are pinning wings on my back won't think less of me for admitting it.

Because I am not a saint.  But I wish I was. 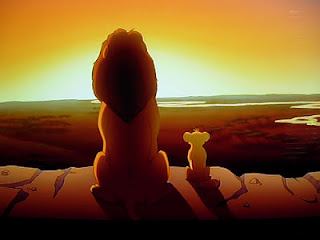 One year ago today, we all were summoned. Told to report to the Mother Ship. There we would be told, one way or another, if we were to be kept and brought into the digital age, or not. If we were needed, or not. If we were valuable, or not. Necessary, or not. The answer to be revealed in a large white envelope.

One by one we were led to "the slaughter." That is what it was. A slaughter.More than 200 were severed. In more ways than one.


Today we are remembering that day, what it felt like, what it looked like, what it sounded like. The sobs, the tears, the hurt. The anger.  Still mourning what we all lost, the greatness that once was. We are revealing what we did after. What we've done since.

Some have been healed, moved on, gotten over it. Some have put themselves back together again. Some have managed to walk away from closed doors and found open windows -- or closed windows and opened doors. Something like that.

Some believe it when we are told we are better off. Some are happy about that. Some are believing the promise of better things. Hoping.

No. It's not the worst thing in the world, even though at times it feels like it and sometimes I want to have a pity party for myself. And I have had a few of those.

It's no fun what I do now, searching for a job, for a new career, for a new direction at 51. Seeing others do what I should be doing. Not being wanted. Losing faith. Losing confidence.  Losing a life, an identity and a career all in one fell swoop. Needing two more stupid points on the stupid math test. And catering to a stubborn, hard-headed 82-year-old mother-in-law with a beeper.

But I still got to write. I gave up my life of crime and returned to sports. I got to go on some amazing new adventures with some great new people, introduced myself to a few new readers, and a few new athletes. Did some good work.

And today, as I began yet another pity party, I got a message from a colleague. One I know mostly by name. One I now will never forget. Because he took the time to tell me this:

"As journalists we often look up to certain people along the way, and you were one of them for me. Obviously this type of message doesn't get you back doing what you'd like and are meant to do, but I felt compelled to share it with you. I always considered you a top-notch pro in your field. Because of people like you I've learned to appreciate every opportunity I'm granted to cover a sporting event or tell an athlete's story. While the circumstances surrounding your departure from the Times Pic was completely unfair, please understand you made a positive impact on some of us whether you knew it or not."

I do now. And it means more to me than anything.

Thank you, my friend, for the anniversary gift.