I didn't suffer through hours of labor in a hospital delivery room.

Instead, my labor took place in the hospital hallway, just outside a set of heavy wooden doors leading to the maternity ward. That's where I waited while, a few feet away, a woman I had barely met was going through the horrific pains of induced labor, as well as the pains of uncertainty.

She was having a baby she knew she should not keep, should not try to raise on her own. After much prayer and thought and deliberation, she had chosen me -- a woman on a piece of paper, a friend of a friend, a voice on the phone, a woman who was on the verge of desperate. I had only suffered through six years of unanswered prayers, of monthly meltdowns, a few failed science experiments, some false hopes and one giant broken promise.

And at that moment, on that January day, we were both trying to remember to breathe.

A few minutes later, I was allowed inside the doors and into a delivery room. It was all already over. Then I was handed the most precious, most wanted baby ever born. "Your daughter," she said. It took me some time to believe it.

Instantly, we fell in love. Two days later, we took her home. Eighteen months later a judge said she was ours for real.

That tiny little shrimp-colored baby is all grown-up, morphed into a beautiful, quirky, retro, unique, hard-headed young woman I absolutely adore with her own style, her own ideas, her own beliefs.

If you've followed this blog over the years, you know that she has gone from the I-Only-Wear-Pink phase, to the Disney princess phase, to the Hannah Montana phase, to the Harry Potter phase to the Doctor Who phase -- with a few pit stops in between (Kim Possible anyone?).

But now that she is a full-fledged teenager, she has left behind her Disney ways. She is now my little retro girl who doesn't do Facebook (it's stupid) or Twitter. She does have an Instagram account, but she has blocked me from tagging her on it.

She has a Kindle she never uses. A laptop that "sucks," she says. And an iPhone that has the most eclectic mix of music you'll ever hear --  The Arctic Monkeys, The Killers, Fall Out Boys, Two Door Cinema Club, The Naked and Famous (really?) and dozens of other bands I have never heard of.

My retro kid asked for -- and received -- a record player for Christmas, even though her dad and I tossed our old vinyl collections years ago. (Shame on us!) And her first records? The Beatles -- Abbey Road, The White Album and Sgt. Pepper. She wants more.

She still sings beautifully ( but won't unless bribed), draws fabulously (but only her own little quirky characters who live in her head) and writes wonderfully. She is trying to learn to play the ukulele. She also made her lounge singing debut in December, wowing the elderly crowd with her rendition of La Vie en Rose, a beautiful song released as a single in 1947 but made famous more recently in an episode of "How I Met Your Mother."

She has seen every episode. And "Friends." And "The Office." And "Orange is the New Black." She did finally give up on "American Horror Story." The clown got her.

She has made the Honor Roll at her school both semesters.

She has graduated from her macaroni and cheese addiction to more of a Pizza Rolls every day thing.
And she is taller. Straighter. Stronger. She underwent a grueling 7 1/2 hour surgery  in July to correct her severe scoliosis, amazing all of her doctors and nurses (and her parents) with her tolerance for pain. She took the drugs for about two weeks. That's all. My teeth still hurt when I look at her scar. To her, it's a  badge of honor, of a warrior. She grew about three inches during the surgery.

And of course there are fewer kisses. Fewer hugs. Fewer morning cuddles before school. That's not cool, you know. She still hates it when I car dance, too. And when I try to mess up her hair.

Before her 14th year is done she will be a freshman in high school. She already is thinking about college and what she wants to be when she grows up -- more. Today it's film making (amazingly, the same thing I said when I left for college).

Who knows what tomorrow will bring?

All I know is that, 14 years ago, a miracle occurred. Two strangers found each other, trusted each other and helped each other. An empty heart was filled. A dilemma was solved. And a family was created. We can't imagine it any other way.

Email ThisBlogThis!Share to TwitterShare to FacebookShare to Pinterest
Labels: 14, adoption, birthdays, my baby is growing up, my girl, the snarky teen, time goes by

At about this time last year, I ran across a pretty cool meme on Facebook where I was asked the question, "What did 2013 teach you?"

After giving it quite a bit of thought, I came here to my little blog and gave a rather long but (I think) well-written answer.

If you read the above repost from last December, you will see that, at the end of 2013, rather than come up with a whole list of resolutions I probably would not keep, I came up with a word to define me, my life (another Internet suggestion).

I decided  My Word for 2014 was going to be "Resilience." I wasn't going to let life beat me down -- even though I was feeling it, even though it would have been so easy to give in and give up. I was determined to survive. And I did.

What I didn't know then was that my time as a nurse, as a caretaker, as the unwilling foil for a cantankerous old woman, as a daughter-in-law, was about to come to an end. My mother-in-law, Jane, passed away in February of 2014.

And I spent the rest of the year trying to remember who I was and how to be me. Just me. Believe it or not, that was much harder than it sounds. It took a long time.

2014 taught me that I am, indeed, resilient. That I have the ability to bounce back from quite a bit in life -- including, but certainly not limited to, losing a job I once loved, losing my identity, my independence, my place in life, and even betrayal by those who are the closest to me. And death.

That although we fought and cursed and sometimes hated one another, my mother-in-law and I had a bond. I knew how to take care of her when others didn't. We had a routine. It wasn't easy. It was never easy. But when we were forced to send her to the nursing home for those final weeks of her life, it was hard to let her go. I worried about her. And, when she was gone, I found myself missing her at the oddest moments.

That, I can actually be a nurse when I can be, when I must be, when there is no choice but to be.  That I can deal with piss and poop and blood and stitches and the pain and anguish of those I love without losing my shit.

That the hardest thing in the world to do is to watch a medical team wheel your baby girl away from you and into an operating room. That that is the most helpless you will ever feel in your life, the most terrifying. Those 7 1/2 hours she spent on that operating table were the worst hours of my life.

But hearing her call out, "Mom?" when I finally got to her -- and finding out that she had been asking for me over and over -- is forever etched in my soul.

That my 13-year-old daughter is absolutely the strongest, toughest, baddest ass,  most resilient kid I know in this world.

That my husband is kind of a big baby.

That there is life after baseball.

That you can stay married to the same person for 20 years and still be madly in love and still have mad chemistry.

That depression is a hard, real, ugly reality. Like a cloak, it envelops you before you hardly even know it has and sucks you in so hard you feel you may never get out. It is slow to lift, but when it does, the light is amazing.

That I have good friends. Good girl friends who like to have fun and drink with me. That I can drink way to much alcohol in one night and not only survive, but not even be hung over!

That there are people out there who do still enjoy and respect the work I do. That there are quite a few people who still think I'm good at it.

That being a freelance writer does not suck, but that not getting a steady paycheck does.

That a 401K-turned-IRA is not really for retirement.

That it feels really good to be the best candidate.

That commuting is a pain, but kind of fun at the same time.

That my old college campus, Loyola University New Orleans, is a beautiful place and it's really interesting to see all the young faces. But it certainly has changed a lot since I was there the first time.

That it feels really cool to be part of the "Faculty/Staff," even if temporarily.

That journalism and public relations are completely different worlds.

That it feels great to be a productive citizen again.

That I need a new wardrobe.

That my life, my career, my work choices are not over. I am not washed up. That I am not finished. That I still have value to the world, to the work place, to my fields of expertise. That I am still good at what I do. That, just because I don't have a steady, full time job (yet) doesn't mean I'm a useless human being.

That what I did for those 15 months was important and worthwhile and necessary for our family and for Jane.

That I am stronger than I ever knew I was.

So, now it's time to choose a new word for 2015 as I look forward to new opportunities and new possibilities and (perhaps maybe even a new job on the horizon).

I choose "Reawakened." That is what I am. I went into the depths of hell. I survived. I came out relatively unscathed. Now it's time to turn it on again and get busy. 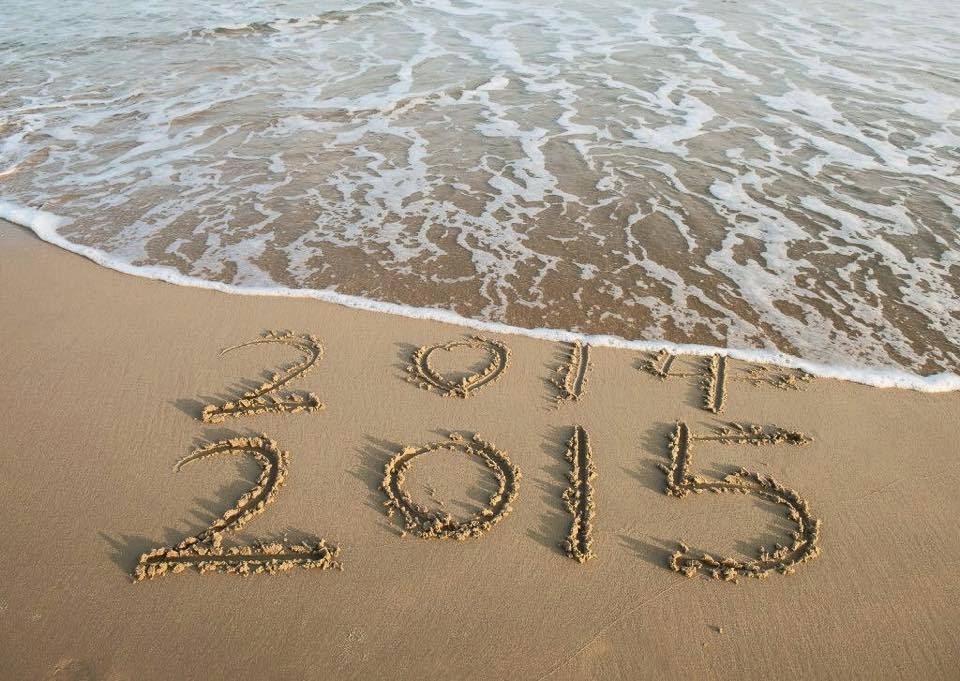