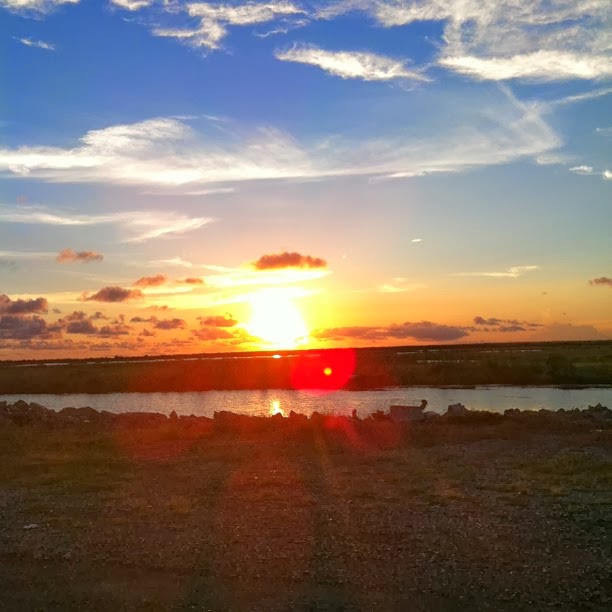 The first time she came to live with me, she held every single possession she owned in a small plastic grocery bag in one hand.

A couple of pills, her jewelry, a few changes of underwear, a change of clothes, her toothbrush and a few items for her face. And a broken heart.

Hurricane Katrina had taken everything else, washing onto the shores of Waveland, Mississippi, that summer of 2005 and wiping away virtually every home, including that of my in-laws, Jane and Pappy.

A year and a week later, they rented a U-Haul truck and moved into a nearby apartment complex. Jane and I, who were friendly but never close, had begun to butt heads a little too much for our menfolk's liking. The walls crowed all of us. It became harder and harder for us to get along.

It was time, my father-in-law Pappy said.

The second time she came to live with me, she was but a whisper of herself. Old, frail, weak, this time she showed up alone, a widow with a walker, a boat-load of prescription medications and a dialysis schedule. The very nice assisted living center she had lived in and loved had determined that she needed more care than they could give her.

It was time, they said.

I had just been laid off from my job, so I had the time. We had the space. And, well, no choice really. So she moved into our spare bedroom and made it her own. We got her a smaller bed and a big screen TV. We put rails on our toilet, handles on the wall, pillows for all of her chairs. And a beeper so she could summon us when she needed us.

So for the past 16 months I have been an occasional journalist and a full-time mother-in-law keeper. I have gotten her up, gotten her dressed, gotten her fed, given her medications and pretty much catered to her every want and need. Except for holidays and non-baseball days, I have gotten her in the car and driven her to her dialysis treatments across the river. Then two hours later, I went back and picked her up.

And I have put my life on hold. Our family on hold. We scheduled ourselves around her and her needs and wants. And that damn beeper.

And we did OK. We developed a routine. Although it's not what we would have chosen, not what we wanted to do, Marty and I accepted our lot in this life and did the best we could with it. I did the best I could.

But over the past few weeks everything got harder. Simple tasks, things she was able to do just weeks ago, became difficult, then impossible. She was no longer mobile, no longer able to assist in her own care. And I couldn't do any more than I already was.

It was time, her doctor said.

It's time, said her son.

Jane, however, disagreed. A quick little visit in December did nothing to warm her heart toward the place.

"They're a bunch of old people," she said. "I won't go. I'll just stop going to dialysis and die."

But as she saw herself become less and less able, she became more and more resigned. Still sad, still scared and nervous, she grew accustomed to the idea, then optimistic.

So today we packed up a few of her things, and her, and drove her to a very nearby nursing home. She was greeted there by a lovely lady we have watched grow up, who did her best to make a nervous and scared Jane feel comfortable and a guilty Lori and Marty feel better.

I was comforted immediately. I am no stranger to nursing homes. For virtually my whole life, my grandparents took me to the nursing homes in Houma where they would entertain the "old folks." Grannie would play the ukulele and Grampa would play his banjo and they would sing these kooky old songs from the 20s and 30s. I would dance and try to sing. Sometimes I would play the piano or the organ. And I would try not to look at the sad faces.  Both of them died in a nursing home, years apart.

Several years ago when luck gifted me with the greatest, sweetest dog in the world, I signed her (and me) up for the Visiting Pet Program. For two years Lollee and I would visit local nursing homes and hospitals where she would allow herself to be pet and loved for as long as anyone wanted. I, however, often wanted to run from the halls screaming. I had to quit long before Lollee would have.

This place, however, is warm and inviting and doesn't smell. The faces are friendly. And her room is nice. Enough.

I spent the time putting her clothes away, lining up her signature stuffed monkeys above her bed, adding personal touches. There isn't enough room for ALL of her clothes. The woman has 14 pairs of white pants and nearly a dozen pairs of blue jeans for Godssakes. But we'll bring some more of her pictures over the next few days.

Meanwhile, she joined a few ladies for lunch. As I approached, I noticed that her chair was a little too far from the table. She had too far to go with her fork from her plate to her mouth. Her drink cup was too full. She can't pick it up when it's heavy like that. They had cut up her beef, but there was no way she would be able to eat that rice. I helped her eat a few bites of the roast beef.

"It has more flavor," she replied.

Of course it does.

After a quick trip home to get a few things, we found her in the cafeteria drinking coffee. Except, they put it in a plastic cup, filled to the brim. There was no way her shaky hands would be able to drink that. I went back to her room for the straw cup they gifted her with and asked someone to put some fresh, hot coffee in it.

OK. I hovered. I did. Like a mother hovering over her child when they go off to college.

And now Marty and I can go back to being us, to living our lives without railings on the toilet. We no longer have to go outside to the side door to go to bed at night. We can go to dinner as a family. We can go to a movie together. We can go away for a weekend. We no longer have to live with the fear of a poorly-timed beep in our lives. And Lora can go back to just being a kid who doesn't have to take care of and worry about Grandma in the other room all the time.

We have our lives back.

We left Jane sitting in the cafeteria with a few other ladies, drinking coffee and preparing to play Pokeno. I searched her face for sadness or fear or anxiety. I saw none. And I looked back several times to make sure. She was at peace. So were we.

And it was time to go.