Throughout the country, tired, overworked and underpaid school teachers are going through an annual rite of passage they all hate -- packing up their classrooms. 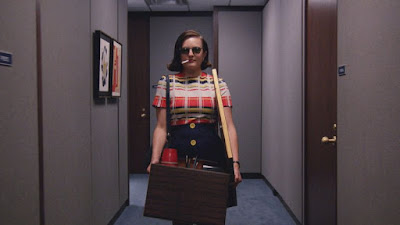 Some do it because they're moving from one class to another or even to another school. Some are forced to because some underpaid custodian is going to come wax the floors this summer. And some are just giving up and moving out.

I'm kind of in that last category.

Two weeks ago, I packed up my brand new "World's Best Teacher" mug, my personalized pencil holder, my picture of my mama, my $40 pencil sharpener (I paid for) and my stacks and stacks of printed lesson plans because, well, I sort of got fired.

A few days before the end of the term I was called into the principal's office and told that, as of now, they did not have a spot for me for next year. The school, already rather small, will have fewer students in the fall, requiring fewer teachers. Also because I was one of the last to be hired, I'm one of the first to be let go. Then, I'm not a completely certified teacher -- yet -- because of my horrendous skills in math.

But that didn't matter much last August when the were kind of desperate for teachers. At the urging of the school superintendent, whom I had interviewed many many times, I filled out an application to teach English in our neighboring district. Days later I got a call, then an interview and then, a job offer. I was a little stunned.

So I spent the last 10 months teaching -- or trying to teach -- a bunch of unruly middle schoolers how to read and write. I have no idea if they learned anything except how to make my face turn various shades of crimson.

I, on the other hand, learned lots of things.

Reading a chapter a day from two different books to four different classes takes a toll on the human voice.

St. John the Baptist Parish uses the controversial new scripted learning curriculum for English Language Arts. Daily lessons are pre-packaged scripts which must be printed out, annotated, then read aloud. (They also require at least six hours to be spent at the one and only very finicky copy machine in the building.) The pre-selected books --  in my case, A Christmas Carol for seventh grade and Call of the Wild for eighth grade -- also are read aloud to the students. The theory is that students will learn better from the repetition. And I am actually pretty good at dramatic reading. Or so I think.

But, just two weeks in, my voice had enough. I developed complete and total laryngitis. I mean nothing, no sound at all, came out of my open mouth, including the day my friend, the Superintendent, came to observe my class.

I borrowed a bell for a little while and used audio versions of the books until my voice returned, but the students fell asleep more during those readings than they did during mine.

Want to get students' attention? Whisper to them. They also feel kind of sorry for you because you can't talk. But as soon as my voice returned to normal, all hell broke loose.

Middle schoolers have no filters.

"Mrs. Lyons, is your hair supposed to look like that?"

"Mrs. Lyons you got somethin' on your butt."

They also forgot my name frequently. "Miss Thing" was a thing.

Middle schoolers will eat anything.

Chips, candy, gum, antacids, cough drops....I am convinced that if I sat at my desk eating poison, they would ask, "Can I have some?"

One day I had a small bottle of Tums on my desk (can you guess why?). I had several students ask if they could have one. It drove them nuts that I could eat cough drops during my bout with laryngitis but could not give them any. They also were strangely fixated on the box of cereal I kept in my room to eat for lunch.

My students did do a lot of writing. A lot of it was illegible. A lot of it made no sense. So I would spend hours writing meticulous notes, correcting their grammar and spelling mistakes, trying to make them better writers. I would hand their papers back expecting some "ah ha" moments. But all they did was crumble it up and turn it into a 3-point shot into the trash can. A lot of times they missed. A lot of times they left it there, on the floor.

Planning periods are for straightening up the room after the first period class leaves all their trash on the floors. And for meetings. And for bringing work to students in detention. And for standing in line at the one and only very finicky copy machine. And for peeing. And sometimes for really fabulous pot luck lunches.

Lunches are for planning.

The reason I kept a box of cereal in my room was because, often, it was all I had time to eat.

Disciplining other people's children is hard.

I never screamed at a child in my life before this. I barely yelled at my own child. I did yell at my mother a lot, but that's another blog post. But over the last year I yelled at a lot of children a lot of times. Why? Because they don't listen. You really do have to tell them five, six or 11 times to sit down, to stop talking, to pick up their trash, to keep their hands to themselves, to stop interrupting you. And that's how you get total laryngitis.

And there's no sure fire way to do it. I read the Wong books. All the experts say the best way to reach students is to forge relationships with them. Then somebody comes in and says you can't be their friends. You try not to scream and yell, but then somebody says you're too nice. So you yell and scream, but your admin tells you you're yelling too much. It's hard. I tried every single piece of advice I was given, but nothing worked all the time. A lot of it worked none of the time.

You have never sweat like you sweat when your principal, assistant principal, superintendent and several people you don't know walk into your room unannounced to watch you work.

This one is rather self-explanatory. I learned that it happens frequently, though.

Middle school was hard the first time I went through it. It was harder this time. No one should have to go through it twice.

Middle schoolers are silly. They are hilarious. They are stubborn. They are smart. They can be sweet. They can be mean as hell. They smell bad. They sleep a lot. They are going through some of the toughest years of their lives. They don't understand what's happening to their bodies. They haven't been on this earth for a very long time and can't be expected to know much of anything. Some of them need medication just to get through the day. Some don't have that medication. Some need more than just a pill. Some of them have nice, warm/air conditioned, comfortable homes with a mom, a dad, a brother, a sister, a dog, a bed to sleep in and food on the table  A lot of them don't. And we don't always know which ones are which.

This was my first class of students. I will remember them forever -- some more than others and for different reasons.

And I made some good friends.

I had good days and bad days. I had awful days and wonderful days. There were days I was an awesome teacher and there were days when I just sucked at it. Ultimately, how I did will be determined by a set of test scores achieved  by a bunch of teens and pre-teens who may or may not have eaten that day and who may or may not have slept the night before.

I don't know if my teaching career is over forever or just for the summer. I know teachers are leaving the profession in droves. My husband, who retired as The Coach a few years ago, retired as The Teacher last month. He taught for 30 years.

I can't imagine teaching for 30 years.

I may or may not get asked back. I may or may not get asked to teach at another school. Maybe I'll get to teach a writing class to students who actually want to write. I may go back to being a substitute teacher so those hard-working men and women can take their much-needed day off. (Subs are in very short supply too.) I may just go work for Uber.