As we were preparing to leave the hospital after Lora's spinal fusion surgery, a very nice lady from the Blood Bank came to visit us.

She very politely asked us if we would consider donating blood to replace the three units Lora needed during her surgery. (That's three units BESIDES her own blood, which was recycled, mind you.)

Well, that seemed like a great idea. With all the people we know in the community, that should be a piece of cake.

But, here we are three months later and we are having a blood drive. Today. At my daughter's middle school.

Please, somebody, show up.

We have done our best to put the word out. We put up flyers around the community. I flooded my Facebook and Twitter timelines with reminders. The school even did a robo call about the parent teacher conferences and tacked on an announcement about the blood drive. I notified the newspapers.

And one decided this was a pretty good story: Norco family gives back

We are truly blessed. And thankful. And oh-so-grateful.

I'll be more grateful if a few people show up, but I'm very grateful. 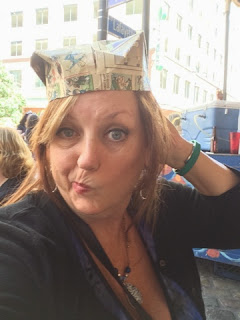 I'm not exactly sure when it happened. I'm pretty sure I know how.

In the blink of an eye, my adorable, precious, sweet little girl I waited forever for grew up. There were a few years there when she thought I hung the moon -- those days when I would rock her for hours, read her stories, have tea parties on a blanket in the backyard and watch "Wiz of Oz" for the one thousandth time. But that was long ago.

Those days are long gone.

She's a teenager now, you know. And just-like-that I have become the Uncool Mom,   the one no cool teenager wants around -- unless I'm driving her to Barnes and Noble.

Just last week her class went on a trip to the local wetlands park. I was available. I would have gone. My BFF Kristal, whose daughter is my daughter's BFF, went.  So, I asked my kid: 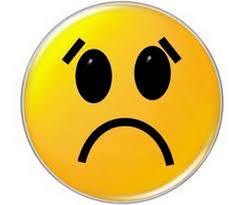 This week, I regained a portion of my coolness when I spent a small fortune to buy tickets to the annual New Orleans Voodoo Fest. This is a three-day festival over Halloween weekend in New Orleans' City Park, where a bunch of bands you've probably never heard of and the Foo Fighters will perform. For $175, you can buy a three-day pass to see and hear all of them. For $76 you can go one day. My kid, however, only wants to see one, single band, her OMG ABSOLUTE FAVORITE band, The Arctic Monkeys. Yeah, betcha never heard of them either. I have, because I'm cool like that.

But apparently I am NOT cool enough to accompany her on this adventure. No, she has decided to take her older sister, Courtney.

"I think she would have more fun," she said.

She's probably right. Frankly, I have no desire to go to New Orleans City Park at 9 o'clock at night (which is what time they are scheduled  to play), fighting traffic and a bunch of drunk/hungover and probably drugged out hipsters for elbow room. I really only want to watch her watch them. But, that's not cool, apparently.

So, last night my precious, beloved child came and sat next to me.

And she wandered back to her room, appeased.

I'm so glad there was a box of tissues close by.

Email ThisBlogThis!Share to TwitterShare to FacebookShare to Pinterest
Labels: big sisters, Full House, The Arctic Monkeys, the snarky teen, uncool mom, Voodoo Fest, when did she grow up 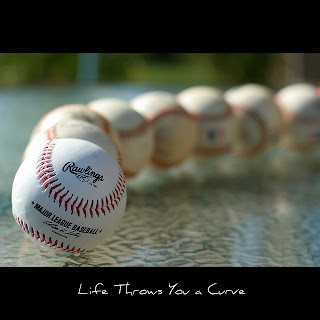 I believe my daughter was still in her hospital bed, still hooked up to her morphine pump, still dazed and confused after her surgery when my stepdaughter gave me a look.

"So, what are you going to write about now?"

At the time, I believe I indignantly said I had lots to write about. Lots of topics, lots of stories, lots of fodder for my little blog here.

But, go look. You haven't seen much of me, have you? Or heard much from me? I haven't had much to say or much to tell. And I don't know if that's because I've just been so worn out by recent events or my life is just that boring.

Probably a little bit of both.

If you're wondering, Lora Leigh is doing great. Her recovery has gone much smoother than anyone -- certainly I -- imagined it would. Although we had a few rough times, none of my nightmares came to fruition. Her scar is straight and healing beautifully. Her pain levels never reached what I feared they would. She is back to her normal, goofy self. And I tell all the moms-in-waiting in the Facebook groups, "The reality is not nearly as bad as your imagination."

The Coach's knee replacement surgery went fine as well, but his recovery has been much slower than he anticipated. He has a hard time getting and staying comfortable, and still has a pronounced limp. His attitude is great, though, and that helps him through.

Saturday was the 22nd anniversary of our first date -- a Saints-49ers game in the Superdome. He asked me to go, I told him I was already going with my mom, he sold the tickets, my mom invited someone else, I told him I could go and he spent days trying to get his tickets back. When we got to the crowd surrounding the Dome, I slipped my hand in the crook of his arm and felt -- something. We both did. Later, he excused himself.

"Bring me back some chocolate," I told him.
"What kind?" he replied.
"Surprise me," I said.
He came back with one of every kind of chocolate they had.  And I knew he was the guy for me.

And me? I'm just a little freelancing fool, covering high school football and volleyball games for both The New Orleans Advocate and Sportsnola.com.  I haven't written any great works, but I've kept busy and made the car payments. I guess that's all that matters.

Yesterday, September 30, 2014, marked two years since I was laid-off by the then-great Times-Picayune newspaper. Today, October 1, 2014, would have been my 28th anniversary at the paper. Any day now I would have gotten my little invitation to drive to New Orleans for a free cup of coffee in the cafeteria  and a meeting with the human resources head.

Instead, I sat in my little home office,  surrounded by my favorite things and writing about the annual Hahnville-Destrehan football rivalry and procrastinating. I hate doing football capsules.

Oh, I miss it sometimes -- getting dressed in real clothes and not just yoga pants, the friends in the office who knew everything going on in my life, being part of a team. I'm sort of a housewife now. I don't go anywhere after my daily walk.  I rarely wear long pants. Sometimes I shower and dress and put makeup on and say, "OK. Where can I go?" Sometimes I go to the Dollar General, which is just across the street from my house. Sometimes I go to Big Lots.

It gets a little lonely sometimes.

But I look back on the last two years and have to wonder: Did all this happen for a reason? Did I get moved from sports to crime so that I would come to hate it so much that I wouldn't be so devastated when it all came to an end? Did I lose my job so that I would be able to take in Jane the Mother-in-Law two weeks later? Did she pass on so that I could devote my attention to my daughter and my husband when they needed me? Would I have been able to do all that for them with a full-time job? Probably not.

Strange how life throws you curve balls sometimes. Strange how, sometimes, they're the pitch you're supposed to hit. At least they make for good stories.