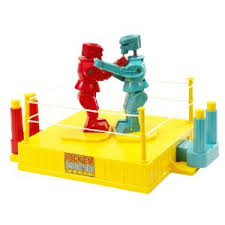 It was only a matter of time.

The only question was, how soon would it happen? Or rather, how long would my mother-in-law and  and I play nice before blowing up at each other?

The answer: four weeks. To the day.

We were no strangers to the harsh word from the first time she lived with us. Back then we had fights about my parenting, my housekeeping, my cooking, my shopping. You name it. Some good ones, too.

She: "What'd you do? Buy everything in the store?"

Me: "Yes. Yes I did. There's nothing left. Don't ever go to PayLess again."

This go-round we had been having little snits, minor raising of voices over her incessant demands and her overuse of the beeper we bought her to summon us. We all became increasingly frustrated with one another. Being awakened five or six times a night and summoned 18 times in a day will do that to you.

"You can't wake us up every hour on the hour and expect us to be all happy and in a good mood the next day," I said. More than once.

And she had been making snide little comments about my daughter's hair, which is frizzy,  and her face, which is broken out, and her clothes, which are often wrinkled.

Then the day before, she had raised her voice to my child after asking her to find a bag of chocolates on the dresser.  My daughter couldn't find them quickly enough, apparently. So, they had their own little blow out.

But I did not heed my own advice.

It started simply enough. It was shortly after 8 a.m., and I was putting away the $78 worth of liquor I had just bought on my way home from dropping the dogs off at the groomer. Inspired by the bottle of Crystal Skull vodka still on display from our little Halloween party, I decided to turn one shelf of my barrister bookcase into a liquor cabinet. Plus, it made for easy access.

To give her credit, she never ashed me why I bought $78 worth of liquor, and actually complimented me on the new boozy display.

But a few minutes later, she made a comment about how all her stuff was missing. All the stuff from her apartment, which was packed in seven big plastic bins and stacked in my garage until the next day, when my stepdaughter planned to come over and go through it all with her.

Frustrated, angry and ready to show her that we had not thrown her things away (as she accused), I stormed out to the garage and took a picture of them all with my cell phone, came back inside and showed it to her.

"Look," I shouted. "It's all there. If you want, I'll go get them all and stack them in your room for you. To the ceiling. Then we can call the TV show 'Hoarders.'"

That set her off:

"YOU'RE the one who needs to go on Hoarders!" she shouted. "Look at all this stuff. Why don't you ever throw anything away?"

Me: "Oh. You mean like the two bookshelves full of books I JUST threw away to make room for you? Or the bookshelf?"

Me: "You're right. I do. I now have two wheelchairs, a toilet seat, a toilet chair, a bath chair and a walker."

And we went from there. About the 18 beeps. About my daughter's rudeness. About the constant wake-ups. About how stupid it is that everyone in my family's name begins with an "L."  She even said the only reason I married my husband is because his last name starts with an 'L."

If I were a lesser person, I might have told her the real reason I married him...

The truth is, she hurt me. I'm sure I hurt her too. Neither of us cared.

But my husband did when he happened to come home for a forgotten briefcase in the middle of this mess.

I wasn't going to let her see me cry, though. I went upstairs, put on my walking shoes, grabbed my iPhone and left, slamming doors in my wake.

I was on my second lap around the park, with tears pouring down my face, when he drove up in his hot little convertible, got out and leaned against the fender to wait for me.  He opened his arms as I approached and pulled me in.

"If you tell me I can't fight with your mother, I'm divorcing you," I said through my tears.

"No. I told her she can't fight with you," he replied.

And THAT's why I married him.