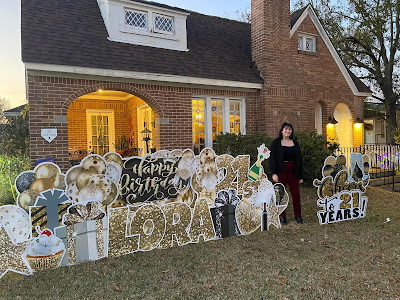 When Gail Lodrigue handed me that tiny shrimp-colored baby on that cold January day 21 years ago, I thought all my dreams had been answered.

I could not have been more wrong.

Besides all the years I had thought about the day I would become a mom someday, I had been actively dreaming of having a child for the previous six years. No, I had been actively working on it. So when a nearly complete stranger handed me hers just a few moments after giving birth, it was the culmination of years of work. I thought it also would be the end of years of pain and angst.

But as any other mother will tell you, nothing hurts more than being a mom. And it begins almost immediately.

When Nurse Danielle came in to our little makeshift corner of the NICU and asked if we had held our new baby girl yet, she was our hero. But a few minutes later when she made my baby cry, scream and squirm while she held the little shrimp under the faucet and began scrubbing away the remnants of her birth, I was ready to punch Nurse Danielle in the face.

And later that night when we decided not to force the hospital staff to give us a room because they were scarce that weekend and we decided to just go spend the night at my brother’s house nearby, I spent the whole night regretting it. I tossed and turned and, when I did sleep, had nightmares about something happening to my new baby girl while I wasn’t there. It’s 21 years later and I still have guilt over leaving her that night.

But, that’s what being a mom is — a lifetime of worry, guilt and pain for your child. I’m now 21 years in to that life and, fortunately, it hasn’t been too bad. There have been no major disappointments or broken dreams. She went through school as an Honor Roll student, had friends, sang in the choir, won the Young Authors contest a few times, didn’t have a bully. She didn’t fall in love so there was no broken heart to contend with. The only drama we had was when she failed to get into the district’s Talented Art program — twice, which is utterly and completely absurd if you ask me. Don't get me started.

Then she got into the college of her choice with a full ride, earned a spot in its choir, became an editor at the school newspaper, had her bestie for a roommate and scored more achievements and honors. And now she does have a boyfriend, one who doesn’t make her cry.

And now that she is entering her final year of college, she is full of big dreams. She wants to be a journalist, but not like her mama. She wants to write about music and bands, maybe work for one as a publicist. She wants to get married and have children, and she wants to move away from our tiny town and spread her wings.

And as much as that thought hurts my heart, I have to accept that her dreams are now my dreams. You see, once we become moms, our dreams don’t really matter that much anymore. Oh, I still dream about living in a beach house one day, but more than that, I dream for my kids. I dream that my stepson will win a state championship in football and be lauded as the Coach of the Year. I dream that every football player who goes to Tulane will meet and remember my stepdaughter and thank her for all that she does. I also hope that she finds her prince. And I hope that my daughter becomes a wonderfully successful writer in a big city with a handsome significant other who treats her right (the way her dad treats me), that she as as many children as she wants with ease. And pets. And that she lives a long, healthy happy life.

And that she comes to visit me at the beach sometime.