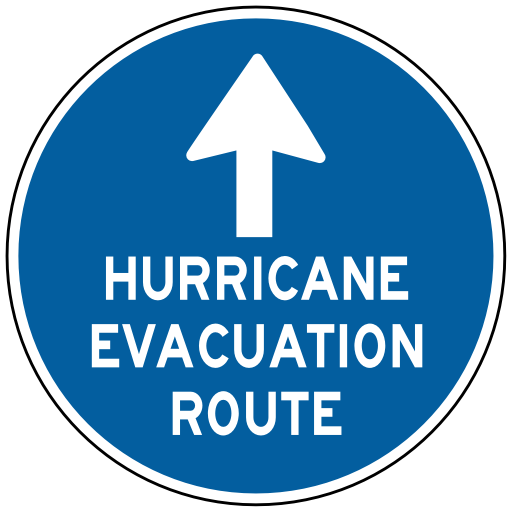 I don't wish this on my worst enemy.

I've been there more times than I've cared to. And could joyfully live the rest of my life without ever having to do it again.

Jim Cantore is on The Weather Channel. Anderson Cooper is on CNN. And some poor sap is on some beach, trying to stand up in the wind and the rain.

And somewhere out there is a woman -- a mom -- standing in her living room. Going insane.

She's watching that big white blob on her TV screen and all she really wants to do is cry. Her phone is ringing every five minutes from family members telling her what to do, asking her what to do.  But she's standing there frozen, and she's asking herself: What do I do? Do I stay? Do I go? Where do we go? When do we leave?  How do we get there? Do we board up the house? What will we come home to? Will it be here when we get back?

And, the question that will haunt her forever: What do I take when we leave?

I have so been there. Done that. More times than I ever cared to, thank you. I've stood there in the middle of my living room, my bedroom, my little girl's room, my front yard -- agonizing over such decisions.

Some are easy: Her baby book, the keepsake box from her adoption finalization day, her school keepsake books, our wedding album.

Some are hard: Which of the other photo albums? The silver? Cherished books? The china? My wedding dress? Great-grandmother's chair? The giant portrait hanging over my piano?

But I know that the hardest thing I ever had to do in my life was lock my door and walk away from everything I own, not knowing if it would be there when -- if -- I got back.

Hurricane Katrina taught us all these lessons and so many more:
Water, batteries, gasoline, cash, important papers, medicines, glasses, radio, zip lock bags, baby wipes, toilet paper, paper towels, paper plates, garbage bags, peanut butter, canned goods, potted meat, tuna, a non-electric can opener, a land line, a cell phone charger, how to send a text message, a contact outside the storm zone, solar lights (!) and every photo you can grab.  And that the most valued commodity after a storm is ice.

You certainly learn what is important. What cannot be replaced. What you cannot live without. What you can live through.

I do not have one single baby picture of my husband. Not that there were many to begin with, he being the third of three boys born in the 1950's.  But the few were stashed in the attic of his parents' home in Waveland, Mississippi, six years ago when Katrina churned pretty much right up their street.  They were left with nothing but a slab. And two days' worth of clothes. And a few pieces of jewelry my mother-in-law thought to grab at the last minute.

For about four days, we actually thought they had died. They did evacuate their house a half a block off the beach, but only a few miles away to Kiln, the home of Brett Favre, who reported that his mother had to swim out of her home. We could not imagine two 80-year-olds doing so.  They chose wisely, however, and escaped unscathed in a house away from water. They moved in with us two weeks later and stayed a year and a week.

I have friends and co-workers who lost everything they owned, their houses destroyed by the putrid waters that deluged New Orleans when the levees broke.

And I have a daughter who was scarred for years by the entire experience of watching "The Big Red Storm" as she called it, for days on TV from our safe haven in Natchitoches, in northern Louisiana. And our mistake of staying home for Rita just a few weeks later.  She and her friends in pre-school used to play "Evacuation" from the pretend house in her classroom.

Riding out the storm is not an option.

I had a great-aunt who rode out Camille in Biloxi.

My mother rode out Betsy in Houma in 1965. She tells stories of the big picture window in the dining room bowing in the wind, of the floor boards rolling, of tying my brother to her with a belt and me to my grandmother. She also rode out Andrew.

I rode out Andrew at my sister's in Baton Rouge, terrified of every noise, every sound, every report on the radio, and the fact that my poodle was cowering in the bathtub.

We evacuated for George, taking six hours to drive to my sister's in Baton Rouge -- normally a one-hour drive. We spent 12 tortuous hours driving to Houston for Ivan, and another 11 back.  With a potty-training toddler.

We stayed for Rita and scared my daughter to death.

We learned other lessons as well. How a government can fail. How a community can come together in times of crisis. How a nation can.  How quickly people forget. How to appreciate the little things. How long it takes to rebuild.

How to prepare for it the next time.

And how to pray every day that we won't have to.

To all in Irene's path tonight, may God bless you.