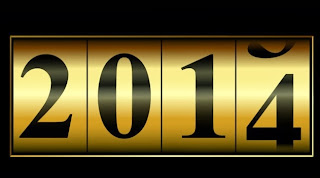 The final hours of the year 2013 are winding down.

I know this because there is college football on my television (even though it's 11 o'clock at night), I have a bottle of champagne chilling in my fridge and my husband and I just purchased our third spiral sliced ham of the month for a party.

I also know this because, across the Internets, people are asking me to take stock of my life: What did you do? What will you do? What would you change? And offering me surefire hangover cures.

I've needed those a few times.

But my Facebook friend WebMD actually asked a pretty good question the other day, one that made me think and made me answer. 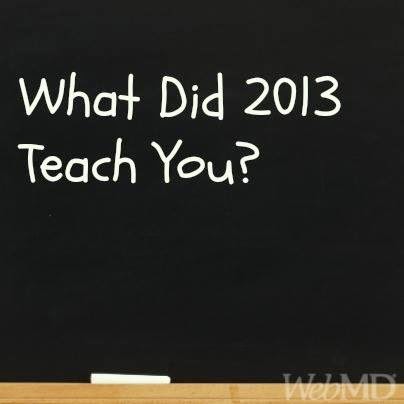 Well, I gave the short/Facebook version. And since then, I haven't been able to stop thinking about it. My answer, that is. I mean, 2013 really, REALLY sucked for me. So did most of 2012, as a matter of fact. It's been nearly two years since I found out that I would be losing my job. It's been 15 months since I actually did and became a full-time caretaker for my mother-in-law. Since then I have been turned down for several jobs, not called for a few more, failed the math portion of the Praxis exam -- twice -- done a bunch of freelance work, covered my very first Saints game, cut expenses, walked about 3,000 miles, become a pretty good cook, and sort of become a booking agent for some very talented New Orleans musicians. But mostly I've taken care of and fought with a cantankerous 83-year-old mother-in-law.

I've definitely lost my mojo (but not my Mojo, thank God).

So here is the Lori-Is-A-Blogger version of my answer. It's a bit longer....

That I hate that fucking beeper we bought her and wish I had never found it, thinking it was a good idea.

That I hate not having my own job, my own money. That I hate being dependent on my husband for my every want and every need. That I feel guilty every time I buy something, whether it's groceries for my family's dinner or a $1.99 book for my Kindle. That I hate waiting for my once-a-month freelancer checks.

That I really, REALLY suck at math.

That I can actually live for several weeks without a single dollar in my pocket.

That I can make a tank of gas last more than two weeks.

That one can live without central heating. In Louisiana, anyway.

That going to lunch and dinner, having my nails done and getting my roots done by a professional are luxuries. So is doing anything as a family.

That I genuinely LOVE to exercise -- well, walk. And I genuinely love to sweat. I never did before. I really do prefer to walk in the cold (anything above 35 degrees or my eyeballs freeze). But over the summer, I came to really LOVE walking in the early morning heat and sweating my ass off. I only had one day where I thought I was going to die.

That even though I lost my job, I did not lose my abilities. I still am damn good at what I did and that I still love to do it -- most of the time. That there are some people who still respect that.

That it's easy to be taken advantage of.

That patience is a virtue. One I do not always have.

That mental health is very fragile. That depression is very real and very dangerous. That sadness and hopelessness can permeate every fiber of your being almost before you realize it. That the darkness surrounds you and sucks you in. That it's very hard to see the light and climb out of it. And that there are very few resources to help you do so. Or people.

That my daughter does.

That I did the right thing all those years ago. The young me would not have been able to accept the consequences the old me has been forced to.

That I am a mother first, who will do whatever is necessary to defend and protect my child.

That it is daunting to be responsible for the health and well-being of another human being, to make major decisions that will affect the rest of their lives.

That maybe things really do happen for a reason.

That I have some great friends, including some I didn't know I had.

That I absolutely married the right man, one who loves me and accepts me and believes me and believes in me. One who listens when I need to vent and use swear words -- even when they're aimed at his own mother. One who always -- always -- has my back. Who loves me unconditionally. Who is absolutely nothing like other men I have known. Who still looks at me the way he did on our wedding day.

That 12 months is about the limit for my mother-in-law and me to live together. We can play nice for about that long before the gloves come off and we forget about pretending to be polite. That's where we are now.

I've never really been much of a New Year's resolution-maker. The only one I ever made and kept was the year I decided that, no matter how tired I was (or drunk), I would remove my makeup before going to bed. Silly, huh? But I've done it.

I have already made several lifestyle changes, none of them related to the start of a New Year. Just a new life and a new reality. I try to save money, but don't. Can't. I like to use swear words. Sometimes I just need to. Just like, sometimes, I need to drink.

Another one of my Facebook friend web sites suggested that, instead of making a bunch of resolutions we aren't going to keep, maybe we should just pick a word, one word to ground us in the new year, to live our life around, to define ourselves.

That took some thinking too.

Looking at all I've been through, I guess my word for 2013 would be Persevere. Not too long ago, my 12-year-old daughter put her arms around me and said, "Mom, you're the strongest person I know." That warmed my heart and gave me the strength to carry on.

Resilience. I'm not giving up. Email ThisBlogThis!Share to TwitterShare to FacebookShare to Pinterest
Labels: 2013, better times ahead, carry on, new year's, not giving up, resilience, resolutions, word for the year