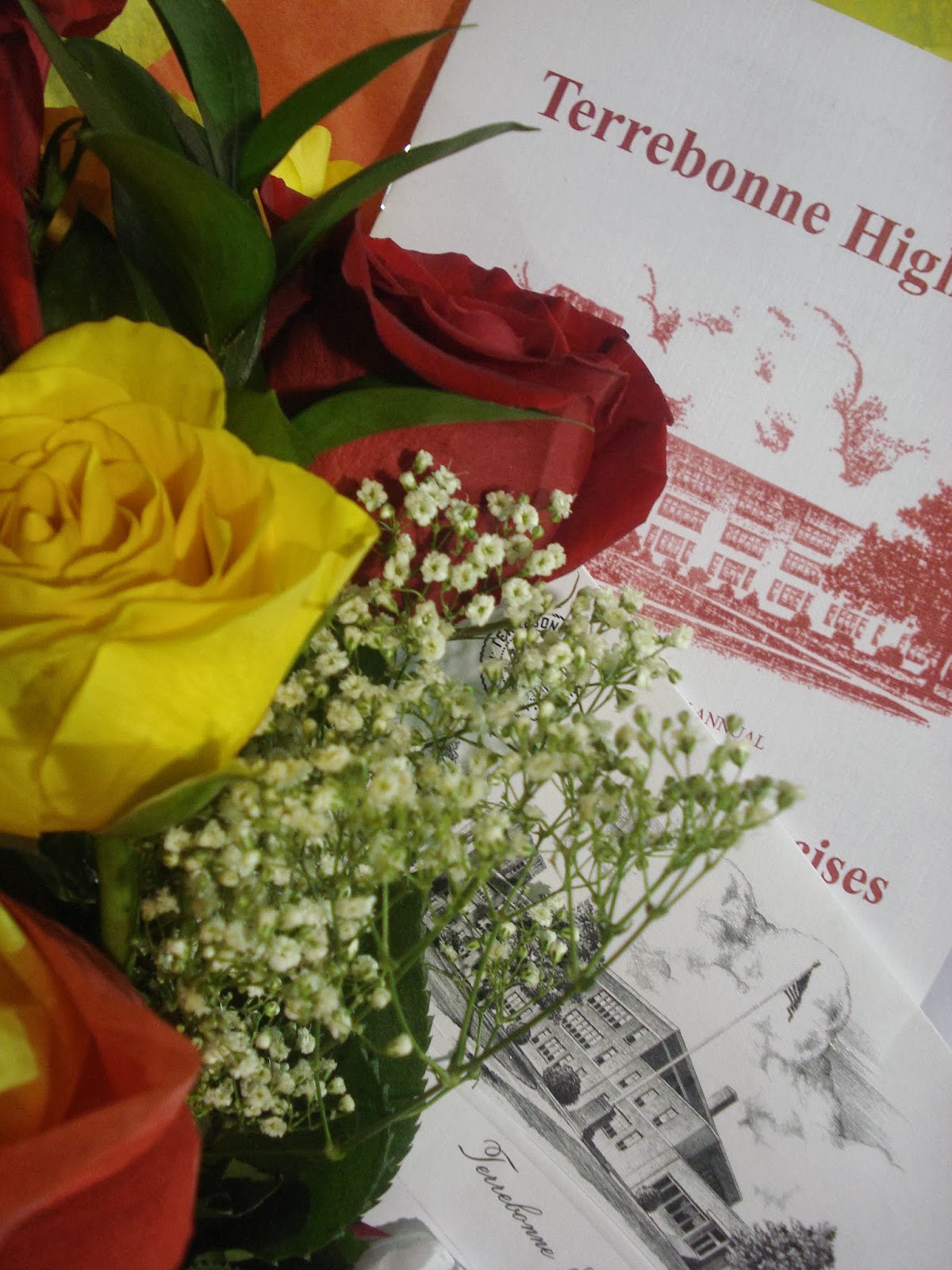 It has been nearly 34 years since I graduated with the Terrebonne High School Class of 1980 in the then-small town of Houma, Louisiana.

It's a quiet little town where everybody knows lots of people and somebody knows everybody. That usually made it hard to get into too much trouble. Back in our day, we were happy to have a Burger King,a McDonald's and Shakey's Pizza Parlor.  Now it has an Outback, an Applebee's, a Hooter's and a bunch of sushi places. It also has more than a few places to get really good, hot boiled crabs.

Let me say right off that we were nothing like the Swamp People guys you see on TV, although all of us can probably say we did know people like them and maybe some of us have turned into people like them over the years. Yes, I did grow up with alligators in the bayou in my back yard, but I never tried to catch them or play with them or make them into pets. I didn't kill them, either. As long as they didn't mess with me, I didn't mess with them.

We did have a boat, but my parents never let me just take it for a spin. My brother did, often, and frequently came back paddling it after breaking a shear pin on the trip. I did know one or two boys who liked to hunt alligators and other things. And some of us do have funny accents. But the only time we wore camouflage was the week we played South Terrebonne in football and we did it to make fun of them. (Sorry, y'all.)

Although we were aware of current events, we were not a political bunch. Back then there was no Left or Right. Women's Rights were still on the table. So were Abortion Rights. Some things were still segregated by habit, if not by law. There was no such thing as Gay Rights. Being Gay was not. It was a joke, a rumor to be spread, an accusation to be hurled.

We grew up on shows like the Brady Bunch and Gilligan's Island and Dark Shadows. We watched cartoons on Saturday mornings and (fake) wrestling on Sundays. We learned our multiplication, our civics and our grammar from School House Rock.

We were a wacky bunch of middle class kids, who grew up with the Vietnam War on our televisions and protests in the streets, back when the Russians were our mortal enemies -- until the Hostage Crisis in Iran. We formed our own chapter of the Southhampton Yacht Club and had regular meetings on the front lawn at school. We wore Hawaiian shirts and brought picnic lunches and lawn chairs. The band combo performed. A guy made a guest appearance dressed as the Ayatollah.

Back then we could legally drink at the age of 18, and we did, torturing our systems with beer and bourbon and Boone's Farm Tickled Pink in the middle of the cane fields. We didn't have cell phones or text messaging back then, so us girls sat around our houses quite a lot, waiting for the telephone to ring. And when we did leave, pretty much the only place to go was the Mall.

We didn't have GPS either, but no one ever got lost in our hometown. A few did once they left, however.

And we've lost quite a few since 1980. I don't know the exact number. I don't know if we are above or below the average. To us, of course, it's too many. Car accidents. Boating accidents. Cancer. Murder. One died in a horrific disco fire that was deliberately set. One was murdered in his home  -- a crime still unsolved, I believe.

Thanks to my former job at the newspaper, where I read wire copy A LOT, I was able to keep up with some of these happenings. I don't know how the rest did.  Our class officers keep track so that we can have a little memorial to them at our reunions. I guess the rest was just through word of mouth.

But now we have Facebook, where most of us gather to share pictures of our children, our grandchildren, our views on guns and gays, Swamp People, Duck Dynasty and the current president. But we are able to keep up with each other now that time and fate or pure dumb luck has spread us around the world. It also makes our reunions a lot more fun. At our last one, our 30th, I barely had to introduce my husband to anyone. He walked in and was greeted by many as, "Coach!" Then he spent most of the night hanging out in a hallway with a couple of former football players while I tried to recognize the faces inside.

But we also use it keep up with our losses.

I got a message from a longtime classmate the other day, letting me know that we had lost one of our own, a girl I met in the first days of elementary school, who journeyed with me right up until the May day when we all sat -- sweating -- on the football field in our crimson and gold gowns, with bright shiny futures ahead of us. She was a mom, a grandmother, a nurse, a Houma girl who loved to fish.

Throughout the recent Christmas holidays, she had battled pneumonia, then the flu. Sometime Saturday night she simply slipped away. Her name was Julie. She was 51.

This one hurts -- not that the others did not. But this one is really the first one I was witness too, in a manner of speaking.  It is anguishing to see her write "I can only think that 2014 is going to be awesome!!" on her timeline, only to see her friends writing "Rest in peace" a few days later. Just days later...

And there are more losses to come. There are others among us waging wars against time, harmful invaders, and their own bodies. Some fight their battles privately while others choose to share their wins and losses so we can cheer them on.

And whether we see them or not, speak with them or not, we all feel better just knowing that our friends  are somewhere -- anywhere -- in the world, and can always come back home.

We are too young. At least, in our minds we are.