The Summer of Solitude 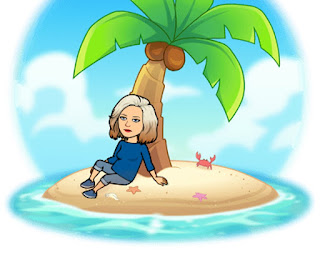 I have a friend, a fellow former sports writer pal, who takes his summers very seriously.

Every June (or July), he puts together a bucket list of people and places he wants to see and things he wants to do around the country. "Summer of John," he calls it and shares photos of his epic adventures with his friends (and occasional celebrities) at fabulous golf courses, restaurants and ball parks. It's pretty cool.

I take my summers pretty seriously too, especially since my longtime career as a sports writer ended and I became a full time school teacher. Yes, I am now one of those people y'all all envy, who gets summers "off." Although, I feel it is my teacher duty (hate that word!) to remind you that teachers do not get the summers "off," we just get laid off and have elected to spread our nine-month paycheck out over the months of June and July.

We also do work in the summer -- some more than others. I deliberately forced myself not to do school work during the month of June, telling myself "wait until July...wait until July...". But, I confess that, when I got my new assignments for the fall I did tinker just a little.

In the meantime, I put together my own bucket list. Mine was not nearly as exciting as my friend John's, however. Mine had things like paint the porch, power wash the deck and hire a painter on it. But then, the kid I hired to come power wash the porch before I could paint it stood me up, and so did the painter we asked to come give us an estimate, so there went that. There are some things I can't do by myself anymore.

Not all school people get summers off. My husband is still The Coach and has spent his summer so far coaching not one, but TWO baseball teams. If he's not playing, he's practicing. And if he's not doing either one of those, he's probably off watching somebody else do one of those. Then he got to be the interim principal for a month so, while I got to sleep in until 7:30 a.m. every day (damn teacher body clock), he had to go to work. That shoe was definitely on the other foot for us!

Of course, our beloved daughter is home for the summer from college, but, well, she has a boyfriend who just got his own place up the street so she is never home either. I follow her on Life 360, though, just to try to keep up. The dogs and I get butterflies whenever the little blip says she is home.  We hear the signal then patiently wait at the door for her arrival. But most of the time, she just keeps going and breaks all our little hearts. It's sad really.

I do have a fairly large basket of books I want to read, some for school and some for fun. Instead, I binge-watched Firefly Lane -- alone. And now I am reading that book.

I did get to go on one trip, to Natchitoches, Louisiana, for the annual Louisiana Sports Hall of Fame induction ceremony. Despite my better sports writing days being behind me, I am still on the selection committee until they tell me otherwise. So, last weekend I took the four-hour drive -- alone. I stayed two nights in a hotel -- alone. I went to all the events -- alone (well, I was third wheel for one of my favorite couples). I got in a fender bender -- alone. Then I drove home -- alone. At least I could listen to Yacht Rock and sing as loudly as I wanted.

Now I'm spending this weekend alone again as The Coach plays ball on the road in Tennessee and The Daughter plays with my emotions.

I'm calling this my Summer of Solitude.

And I'm not really complaining. I know some moms (and wives) that would kill for a little Alone Time, Me Time, Get Out of My Face Time. Sure it would be nice to have company on occasion, but at least I don't have to argue over what's for dinner or what show to watch on Netflix. I have never minded keeping my own company. I have hobbies and interests of my own. I have this blog, which obviously needs attention, a family tree I've been working on for 30 years, two more books that need to be written, a body to get in shape, a home office space I love (except it gets 100 degrees up here). And, now that it's July, classes to prepare for.

Oh yes. And a big, beautiful blue pool all to myself.

There's a lot to be said for solitude.