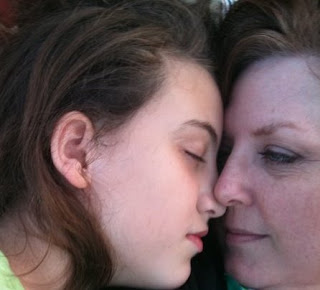 In my 12 years as a mom I have had to teach my daughter many life lessons.

Of course I taught her how to walk and how to talk. How to eat properly at the table. How to say "please" and "thank you."  How to comb her beautiful curls without flattening them out. And, since she hates them now,  how to straighten her hair with a flat iron.

I've tried to teach her how to make a bed and fold her clothes. We're still working on those.

But last night, I taught her perhaps one of the most important lessons of her life. How not to get herself raped by her friends.

But the news these days has been filled with the case of the young high school girl in Steubenville, Ohio, who went to a party with her friends, got drunk and was raped by two school mates. Photos and videos were taken of the girl and some of the events, and spread around the school. Her friends and classmates texted each other, laughed about it, made jokes about it.  But, it seems, not one person tried to stop it or did anything to get her out of there safely.

And on Sunday, when the two young men were found guilty in juvenile court, many seemed to lament the fact that the two boys' future --once bright and full of football promise -- had been ruined forever.No one seemed to worry about the girl's future.

But I worry about my girl's future.

So driving home from a trip to buy her some new size 10 sneakers last night, I turned off the radio.

"We need to talk about something," I told her.

And I told her the story.

She listened. She chewed her fingernail, which she does when she is nervous or uncomfortable. But she listened as I told her the basic facts of the case.

And I told her that I wasn't telling her these things because I was never this stupid. But rather, because I was. And I never could handle my liquor.

I was one of the infamous freshman co-eds at Loyola in the 1980s who drank too much Jungle Juice at a fraternity party and passed out. On the front lawn.  I still have very little recollection of the night, but my friend Leslie had come in for the weekend and, apparently, she watched over me. Eventually a bunch of the frat boys decided I needed to go to the hospital, though. So the drunk girl was loaded into a car with a bunch of drunk boys and driven to the emergency room. I was admitted.

The next day the doctor told my mother that I was OK, but he thought I was safer there than with the yahoos who drove me in.

The night of my own sorority initiation, my new sisters indulged me in my love for Kamikaze shots. A little too much. The next day, no one could find me. Phones were ringing all across campus and Uptown as my friends tried to piece together the night and find out where I was. Some folks were pretty scared for me.

Turned out, the nice Tulane undergrad I kind of liked kind of liked me too. He walked me to his apartment nearby, held my head while I threw up all over his bathroom, made sure I was all right. And once I was able to stand up straight again the next day, he walked me back to my dorm.  He didn't let anything bad happen to me. He didn't hurt me, didn't assault me. And he didn't have a cell phone.

I was lucky. (And we dated for a few months after that.)

I don't know if David's father or mother ever sat him down one day and said, "Now, son. If you're ever in a situation where a girl stupidly gets stupid drunk while you're with her, it does not give you permission to take advantage of her. Just because she can't say 'no,' doesn't mean she is saying 'yes.' Got it? OK."

I'm guessing the idea of such a conversation never even occurred to them back in the 20th Century.

But now, when they do, their friends whip out their cell phones to take pictures and videos and post them on the Internet. And, for some reason, friends let friends get stupid. But they don't step in to stop it.

And that's the scary part.


Us moms know that there there are monsters out there that we need to warn our children about.  There are freaky people who snatch children, who hurt them and kill them. There are creepy family members. There are neighbors, acquaintances, priests, scout leaders, teachers.

And there are boys who think it's OK to assault unconscious girls.

We can't protect our children them from them all, but we can give them lessons to use.

So this mother taught her 21st Century daughter some new lessons last night:

Don't ever let yourself get out of your own control.

If you put your drink down to go dance or to go to the bathroom or leave it for any reason, get a new one.

Email ThisBlogThis!Share to TwitterShare to FacebookShare to Pinterest
Labels: daughter, life lessons, my girl, parenting, rape, steubenville, the world is a scary place