In January of 2012, just after she turned 11, Lora Leigh's pediatrician noticed that her posture was "off."  She did some routine tests and ordered an X-ray. A few weeks later, the doctor called to tell us that her suspicions had been confirmed. Lora Leigh had "pretty significant" scoliosis.

We were sent off to a pediatric orthopedist, Dr. Sean Waldron at Ochsner Hospital, who did more confirmation. Scoliosis. 31 degrees.


A few weeks later, Lora was fitted for a hard plastic brace -- a Thoraco-LumboScral-Orthosis (TLSO) Brace, also known as a "Boston Brace." 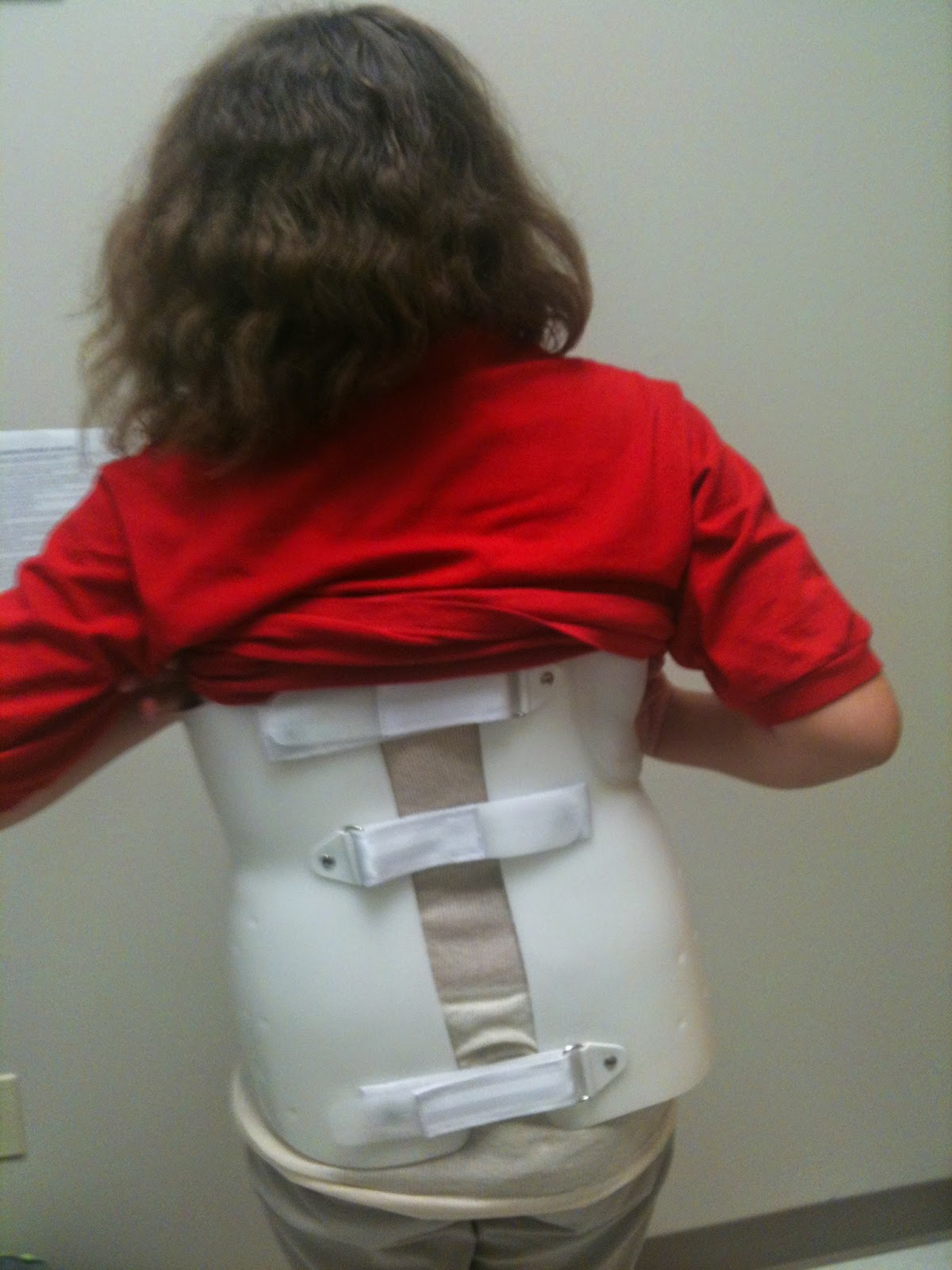 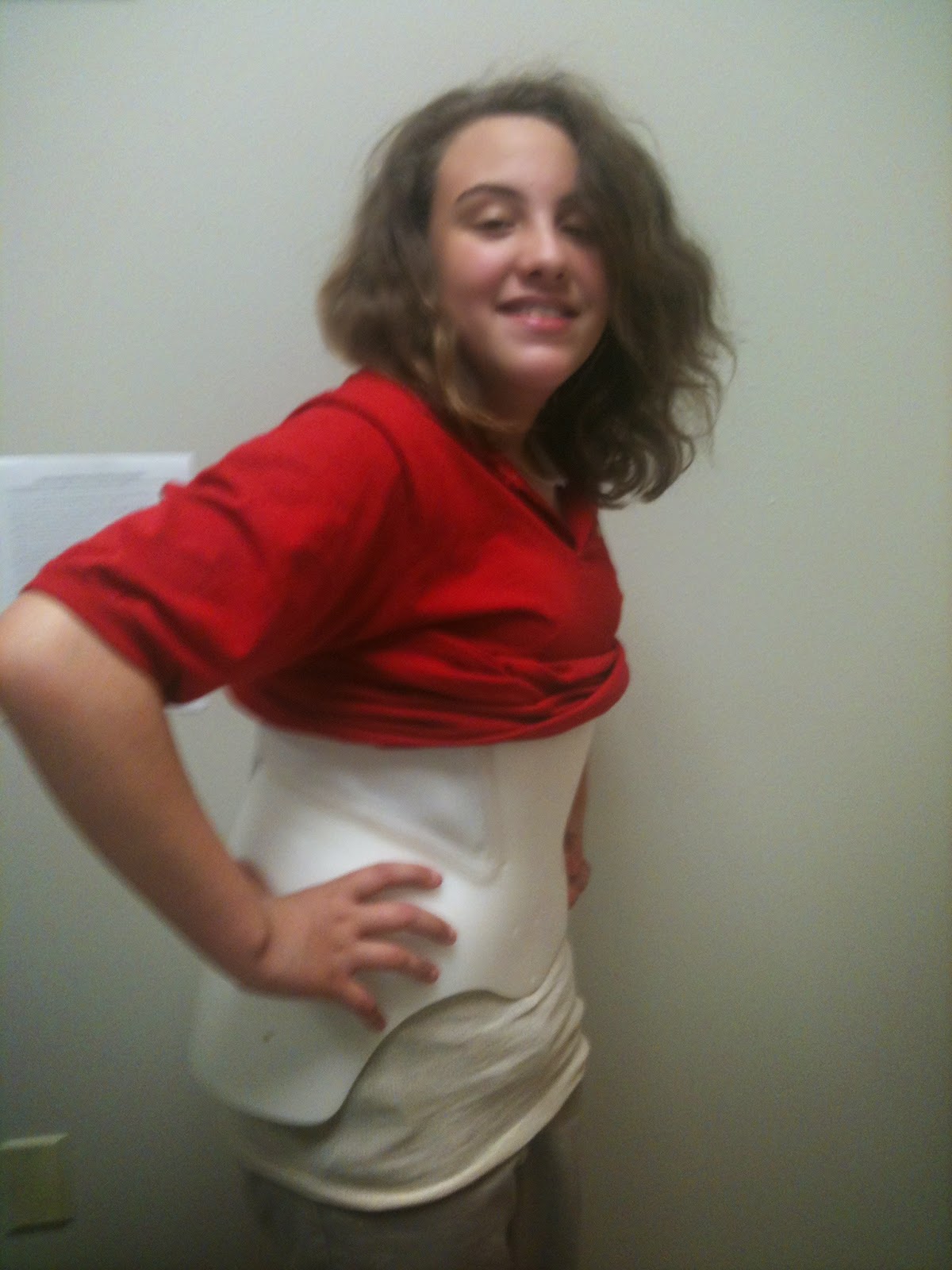 She wore this contraption for roughly 12 hours a day, every day. After trying to wear it to school once or twice, she elected to wear it mostly at night while she slept. It was an adjustment, but she did pretty good.

Subsequent check-ups with Dr. Waldron showed a slight increase, but not enough to worry about, he said. At one point he even said, "I don't think she'll need surgery."

But that changed in 2014. She outgrew the brace. Before getting another one, we went back to Dr. Waldron. Another  X-ray showed a significant increase in her curve -- to about 43 degrees. 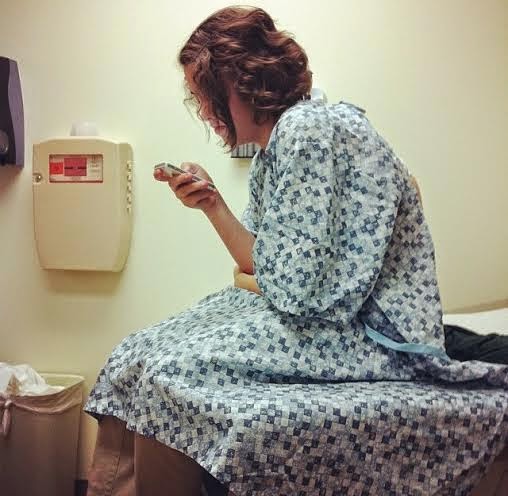 We met with the surgeon-to-be, Dr. Joseph Zavatsky, at the former Mercy Baptist/Ochsner in October of 2013. He agreed that surgery was necessary, but -- much to our relief -- said we could wait until the summer of 2014. It was a huge relief to us because, at the time, my husband and I were the caretakers of his elderly mother, who had moved in with us in October of 2012. She needed full-time care and went to dialysis three times a week. We would have to tag-team between her and Lora. And we could not imagine how. As it was, I had to go to that first appointment with the surgeon without Marty.

Why, I wondered, did doctors automatically say surgery  once the curvature reaches the 40s? What are the worst case scenarios? What are the best case scenarios? What quality of life will she have if she doesn't have surgery? If she does? How will she feel about having an ugly scar down the length of her back? I mean, let's face it. Someday she will want to take her clothes off for someone. Will she be self-conscious? Ashamed? Proud as hell?

I worried myself into a frenzy. With the mother-in-law, my unemployment, troubles within my family and Lora's impending surgery, I found myself a counselor -- and a Facebook support group with other moms. And I tried not to think about it.

Dr. Zavatsky did want an MRI done on Lora to check on the curve and make sure there was no "pathological cause." Yeah. We set it up for Dec. 26. On Dec. 24th, the hospital called to do our pre-registration and to tell us our co-pay would be $1,600. I had to cancel it.

In February of 2014, my mother-in-law Jane passed away at the age of 83.  A few days before the funeral, I took my daughter shopping for a suitable outfit. She decided she wanted to wear a black dress. We found a cute one at Cato, and she went into the dressing room -- without me, of course. At 13, she's too cool to have mom see her undressed anymore

When she came out to show me, I was stunned. I wanted to tell her to go right back in there and turn back into a little girl. She had heels on, as well, and looked so gorgeous and tall and regal.

Then she turned around to go back into the dressing room, and I was stunned again.

With our sole focus now on our family and our daughter, I set up another appointment with Dr. Zavatsky in April -- sort of a lets-get-reacquainted meeting. With my husband, this time. And the Snarky Teenager, who seems completely non-plussed by the whole thing.

And I went armed with questions (thanks to my fellow Scoliosis moms). And he sort of answered them. He explained that there is no chiropractic, no physical therapy treatment to correct Lora's curvature. She can live without surgery, but likely will have all kinds of other complications -- breathing troubles, pain, possible paralysis, not to mention the physical deformity. He tried to explain the surgery as best he could and what it would mean for her.

Yeah, he was arrogant. Yes, he seemed perturbed that I asked the questions. But he didn't put me off. I even asked him, "Do you make pretty scars?" (And the med students with him were very nice.) Lora says he was "Confident."

We left with a new attitude. Let's Do This. And a date: June 24th. And she had her MRI last week (with a nice new payment plan set up).

Not everyone agrees this is the best thing for Lora. Are there other things we could try? Certainly. But the ones I know of are not covered by medical insurance and I don't have thousands of dollars hanging around. (Have I mentioned that I am unemployed?) Is there a possibility that things can go wrong? Certainly, as in anything. (Just read my post about Parker.) But I have read enough success stories and enough should-have-had surgery stories to believe that we have made the right decision.

And Lora agrees. She wants to have the surgery. She doesn't talk about it, but I'm sure she is self-conscious about her body. A few weeks ago we had weather warm enough to get in the pool for a while. She came outside wearing a two-piece suit -- and I was stunned again by her body. She is straight on one side, curved on the other. She can't stand with both feet flat on the ground; she has to bend one leg. There is a very large hump in her back.


We are fortunate that she is in no pain.

We all came home that day and, of course, I hit the computer again. I found this video, which is an excellent animation of the surgery that will be performed on Lora Leigh. Marty and I both watched it and nodded. Now we have a picture in our brains.

I found another video a short time later, of a young girl, about the same age as Lora, with the same curve. She and her mother did a video blog of their journey. This one gave all of us great comfort.  It also inspired Lora and me to blog about our own journey. She is a budding photographer, I am a Storyteller. We will tell our story here. Our hope is to help other moms and dads and Scoliosis Warriors as they travel this path. It's terrifying. It's overwhelming. It's nothing fun. But together, we can get through it.