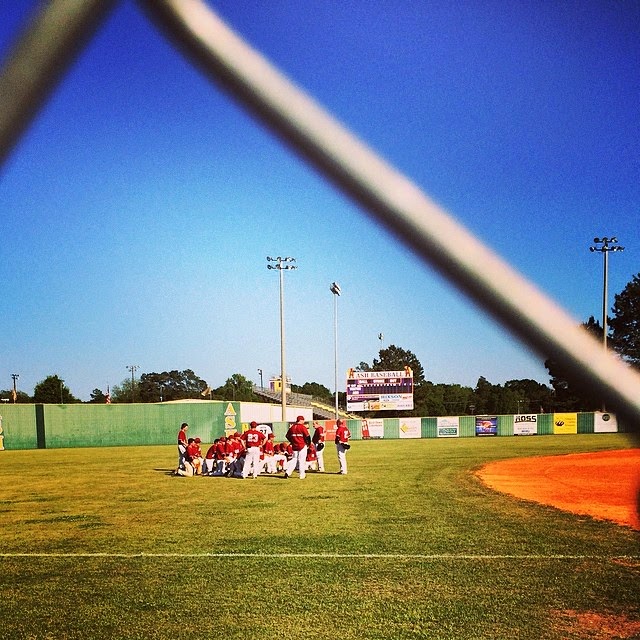 The final out had been called. The final post game speech had been given. The balls and bats had been stored away.

The opposing team had retrieved the gloves and hats they had thrown into the air in celebration, but were still hooting and hollering into the air.

But on the other side, the tears were still falling.

Inside the fence, the Destrehan Wildcats were taking their sweet time putting away their gear before they had to walk off the baseball field -- some for the last time. Some had a harder time than others, wishing for one more chance, one more at bat, one more inning, one more game.

Outside the fence, their parents and grandparents and aunts and uncles and cousins were waiting to hug, to kiss and to share their tears. Flashbacks to that first hectic t-ball game and the hundreds backyard pitch-and-catches overwhelmed some as they waited for their sons to come through the gate.

And off to the side, a small family hugged and consoled and shared tears with The Coach. 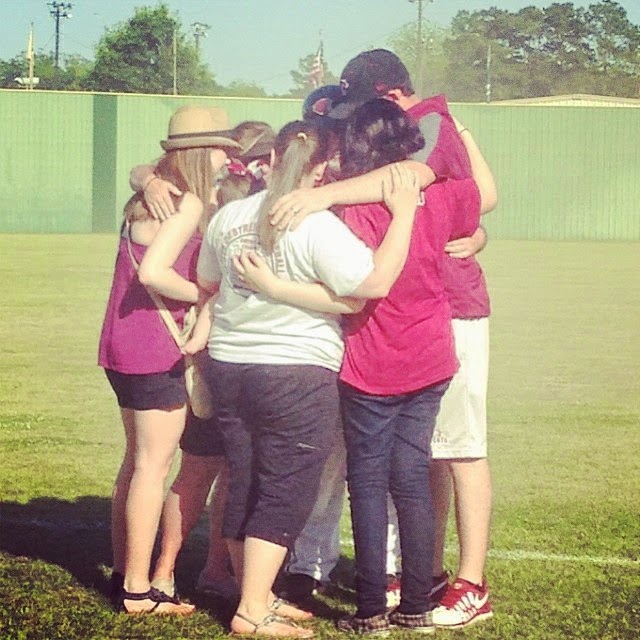 It was a tough loss, yes. But for him, this was it.  There will be no more next time. No more next year.

After 25 years of coaching high school baseball, my husband Marty Luquet, decided that this was to be his last season on the Destrehan baseball field. He had his reasons, some he has shared, some he has not. I know that he's not having as much fun as he was the day he started back in 1981 at a now-closed New Orleans high school. I know that he's not as happy as he was the day he got his first team after a 10-year hiatus to work in recreation. That day, he bounded into my house and shouted, "I got my first name back!"

And he can't move the way he used to.

So I guess it was time.

And that's all fine and dandy.

But to him, his proudest moments have been off the field.

The guy in the grocery store who shouts "Coach!" and leaves his basket unattended for 20 minutes after he runs across the store for a reunion.

The guys at the local minor league and college ballparks who come shake his hand.

The 30-plus former players who showed up at the first Saturday home game of the season to honor him and stand with him for the National Anthem one more time.

The hundreds of texts, Facebook messages, tweets and emails he has received since announcing his decision, and the flood since losing his final game on Saturday.

The many compliments from the opposing teams on the way his team plays and acts and conducts itself at all times.

As our family hugged and cried and did our best to console one another in that final moment, as the parents waited outside the fence, a young man dressed in the opposing team's yellow waited at third base. And he waited.

He waited a long time.

Finally, the Luquets broke free from one another and The Coach. Still fighting tears, he spotted the boy and made his way over.

"Coach," he said. "I didn't know this was your last game. My coach just told us you were an icon in baseball. I just wanted to shake your hand."

And he did. And made The Coach cry some more.

Oh, who are we kidding? There will be more baseball games, both as a spectator and as a coach. He's not done with the third base box just yet. He's already signed up to coach an American Legion team that will combine his now-former team with his former arch-rival Hahnville. There's talk of an All-American League team to coach too. And he can't wait.

I guess that Honey-Do list will have to, though.


Click here to read an outstanding tribute to The Coach

Email ThisBlogThis!Share to TwitterShare to FacebookShare to Pinterest
Labels: baseball, Destrehan baseball, moments that matter, The Coach, the end, the final season, winning and losing