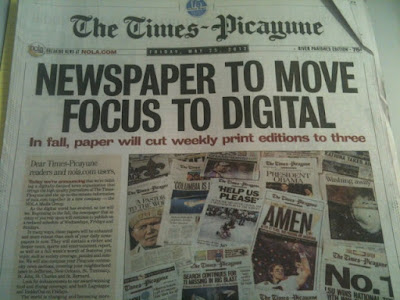 For weeks after I lost my beloved big brother, Rhett, to a dark night, a wet Louisiana road, an unbuckled seat belt and a roadside canal, our entire family walked around in a daze.

Stunned, pained, grieving and unbelieving, we all walked around like zombies,  our shoulders slouched, our eyes unseeing, our jaws slack, our feet shuffling under the weight of it all.

Barely two months later, on a bright fall day, a bunch of maniacs hijacked a bunch of airplanes and flew them into buildings, changing life as we know it forever.

Newspaper reporter that I am, I happened to be in the newsroom of  the venerable New Orleans Times-Picayune that day, trying to work, trying to fathom, trying not to scream my head off as those indelible images were burned into my brain. I sat in the sports department, mesmerized and completely unable to look away from the mounted television high above my head.

Every once in a while, a co-worker would  wander over and watch for a while, seemingly frozen in place. Eventually, when they had had enough, they would shuffle off with shoulders slouched, eyes unseeing, jaw slack. Like a zombie.

Sitting in the company cafeteria for lunch that day,  I turned to my co-worker/nephew from the I.T. department.

"Now everybody looks like we've been looking for the past two months," I said.

He simply nodded in agreement.

Today, we were reminded of that look.

Once again my esteemed co-workers, some of the most talented and hard-working people you have never met, looked like zombies, walking through the newsroom with their shoulders slouched, their feet heavy, their jaws slack after word got out (and not by us) that our newspaper, which just -- and  I mean JUST -- celebrated its 175th birthday in print was dropping its print schedule to three days a week instead of seven. And some -- perhaps a lot -- of us would not be moving with it into the future.

And as the long, sad day turned into evening, I happened to be in the vast newsroom following a tense meeting with the editor. And I watched as my colleagues gathered once again around the TVs, this time to watch stories about ourselves and our perceived demise. And, once again, we all looked like we were about to throw up, or like we had just been punched in the gut.
(Just look at this photo shot by my esteemed colleague Ted Jackson)

Because we had. By The New York Times, which broke the story late Wednesday night. Me? I found out thanks to Twitter while I cruising for reaction to the latest American Idol winner.

Sure we all knew that the newspaper was in trouble. We have already faced several rounds of buyouts, forced retirements, furlough days, cuts in benefits and, in my own case, job shuffling. In my 23rd year at the paper, a man in a tie broke my heart by forcing me to move from sports reporter to clerk-who-sometimes-covers-crime. Only recently had I made an uneasy peace with it and accepted my fate. Now this.

We still don't know exactly how this whole thing will work. Who will work. Where we will work. If we will work. Or for how much. Or for how long.  And that's the hard part. I won't know until early June if I'll be "invited" to remain with the company (as a clerk or as a sports reporter?) or sent packing with some sort of severance package.

Am I really supposed to peruse the classifieds for the first time since college, as a 50 year-old woman?  Apparently. I need a Plan B.

One local watering hole offered us all free drinks last night. There is a Friends of the Times-Picayune Facebook page, and a Save the Picayune Facebook Page, several Twitter hash tags, and hundreds of comments, tweets and Facebook messages from our readers, our colleagues, our peers and our even our competitors, who are telling us that they are thinking of us, hoping for the best for us and praying for us. And they're also pissed that this is happening to the newspaper we all love.

And we love and appreciate every single one.

Meanwhile, we are at work, doing what we love to do, what we all chose to do. Hoping. Praying. Worrying. And proud to say that we belong to The Times-Picayune.