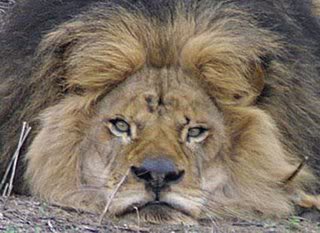 The sun did indeed come up Monday morning.

The day was rather dark and cold and dreary, but somewhere underneath the clouds there was a sun.

The Coach took the day off with me, stayed by my side all day, intending to keep me occupied and, if necessary, from falling apart.  Or, if I did, to be there when I fell.


But I had a house guest, a holdover from the weekend of Times-Picayune good byes. A co-worker I barely knew at the company we both worked for. She worked at the Mother Ship; I worked in the Arctic Outpost. We only became friends through Facebook, when we both realized we shared the same sick humor. Eventually she became a confidante and my cover letter editor.

Plus I had a house to clean after a Sunday send-off of my own making. Luau themed plates and napkins, leis and party dishes had to be packed away for next time (and there will be a next time) in a  china hutch that has to be reorganized after every event to fit them all. There were garlands to remove, crushed fruit and crackers to sweep off the floor. Empty Blue Hawaiian bottles to throw away.


And, honestly, I wasn't as sad as I thought I would be back when they first gave me the news and the end date. It wasn't as traumatic as I imagined. A few tears stung the backs of my eyes, but refused to fall. Mostly it was sadness over what has been lost, what has been taken away, and over those who have not bothered to say good bye. Even now.

I didn't really feel that much different, thanks to Isaac, the pre-Labor Day hurricane that blew water and mold into our building and shut down our office a month earlier than anticipated. My final three weeks of the four month you've-been-fired-but-we-need-you-to-stay were spent working at home, doing what I did for the last two years at the office formerly known as the River Parishes Bureau -- surfing the Internet, keeping abreast of current events on Facebook and Twitter, and waiting for the Mayhem Guy to strike.

So Monday wasn't all that different from the previous days, except that I spent a lot less time on the computer. And I had company.

Tuesday was a different story.

I don't do nothing well.

That isn't a grammatical error. I just don't know how to do nothing. I know how to goof off. I know how to procrastinate. In fact, I am the champion of procrastinators. The Coach says it's because of my years as a sports writer on insane deadlines. I do my best work when I'm about to blow my deadline. I seem to thrive under the pressure. So I hold on to it.

Give me a week to do something and I'll take it. All of it. But there is always a mental list in my head of the things I should be doing -- stats, standings, interviews, laundry, cleaning out my closet, weeding the flower beds, house-breaking this damn puppy, teaching myself not to care who's covering (or not covering) what anymore.

Which is why I was a terrible bureau clerk (besides the math and the cash drawer). And a terrible sick person (don't wait on me!). And a terrible vacation person (it's almost over?). I always knew there was something else, somewhere I should be doing.

And now I am a terrible laid-off person. I can't just lie around on the sofa watching soap operas.

Well, I can. And I did. But I usually feel terrible guilt when I do it.

Now, I have no reason to.

And there's nothing I can do about it.

Email ThisBlogThis!Share to TwitterShare to FacebookShare to Pinterest
Labels: boredom, doing nothing, laid off, newspaper business