Many, many moons ago, one of the five prep sports editors I had at the veritable Times-Picayune newspaper sent me on the road to cover a high school basketball game in the teeny, tiny town of White Castle, Louisiana.

There isn't much in White Castle. There is a lovely Louisiana plantation home named Nottaway, where my BFF spent her wedding night. And there is a high school that is has been both good and not so good in sports over the years.

Not wanting me to be on the road alone in the middle of the night, in the middle of the winter, my husband (or he may have been my boyfriend) elected to accompany me on this trip. My job was to go to the game, take notes during the game, add up stats after the game, get a quote or two then use my trusty computer to send this story back to the newspaper in New Orleans. All by about 10:30 p.m.

The Toshiba 1100 was one of the first laptop computers. All bulky and plastic, it was standard issue for newsroom reporters back in the 1990s. It really was just a word processor, used only to type a story. There was no World Wide Web back then (that we knew of). And it had no games or apps. Not even Solitaire.

Some of us were lucky and had one with a flip up screen.


Others had to make do with the one with the little window on top of the keyboard that showed a word or two at a time.

I couldn't tell you today any details about that game. Who won, who lost, who played well or didn't. I just know what happened afterwards, when it came time to send said story. Then, as now, reporters need a way to do this.

Our Toshibas had these fancy, dancy things called couplers: To send a story using these, you would dial the number with your fancy dancy phone, wait for that screechy fax/dial-up/nails on a chalkboard sound you may remember, then stick the receiver into the couplers.

The problem, often, was finding the phone.

Not, not one of these: 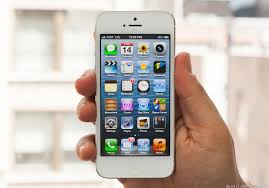 Oftentimes, reporters carried one around with us. Really. Because we needed a telephone line. And it couldn't be on those multi-line phones you might have at your office. It had to be one line. One phone. With that kind of receiver.

Good luck finding one of those. In White Castle. In the middle of the night. The coach's office didn't have one. He had one of those multi-line phones. Couldn't use that.

So, while I typed frantically on my Toshiba in the car, the boyfriend/future husband drove up and down the main street in White Castle, searching for a phone -- a payphone, an open business, anything.

Good boyfriend/future husband that he was, he went inside and found the manager of the Pizza Hut, explained the situation and asked if they had such a phone we could borrow.

So, in we went. And I, professional female improvising sports writer that I used to be, sent my little 12-inch basketball story while sitting on the floor of the kitchen of the White Castle Pizza Hut, being observed by a fascinated group of teenagers flipping pepperoni, and a pizza-eater or two.

Yes, I made deadline.

Then we ordered pizza.

My now-husband and I were reminded of this little long ago adventure Friday night and had a nice little laugh. You see, my new prep sports boss had sent me to the teeny, tiny town of Abbeville, Louisiana, to cover a football game. My husband, not wanting me to be on the road alone in the middle of the winter, in the middle of the night, decided to accompany me on the trip. Plus, now that his mother is living with us full time, we're excited over any opportunity to get out of the house. Together. (Read the mother-in-law stories. You'll understand).

After the game, during which I kept my notes and after which I did  my interviews, we got into his car. And while he drove, I wrote my story on my fancy dancy new laptop computer. And when it came time to send this story story, I simply pulled out my phone.

Then I hooked a wire to it, hooked the end to my computer and sent my story via gmail.

We never stopped. He never even slowed down. There was no screechy noise. It took less than one minute. I even checked my Facebook page and my Twitter before I disconnected.