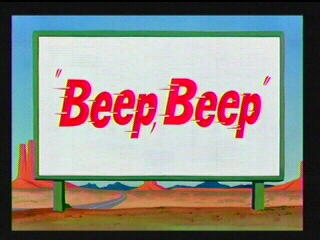 Well, I thought I was doing us a favor.

Just days after my mother-in-law, Hurricane Jane, moved in with us from her assisted living center (she needed too much assistance, they said), The Coach and I discovered that baby monitors are, indeed, meant for babies. They are meant to keep a watchful ear (or eye, if you dole out the extra money) on cute, sweet little babies who make soft, sweet cooing noises at night. NOT 82-year-old grandmothers who moan, and groan, and snore, and fart, and have to get up to pee every hour and a half.

We learned this after about the second night of no sleep. For any of us. And after about the third day of her calling into midair for my husband, "Mawty" or simply, "Help!" and expecting us to come running. Let's just say it got real old, real quick.

So, Internet junkie that I am, I scoured the webs for an alternative. I quickly found one at this web site called Activeforever.com.   Think of it as a BabiesRUs for old people. Seriously. It has everything you could possibly think of to make life a little easier for senior citizens and those who end up taking care of them. Including this handy dandy little gadget. 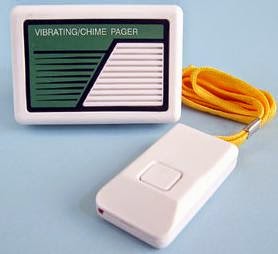 It's a pager. Grandma wears the button part around her neck. When she needs "Help!" she can just push the button and the pager will beep or buzz. We were so excited.

For about a minute.

After insisting, "I'm not using that," Grandma got the hang of the button really quickly. And it was cute. We turned the monitors off and got a GREAT night's sleep on Friday.

Then came the weekend. While I was off covering volleyball, and the person we hired to help us during the week had the weekend off, The Coach was on Grandma Duty.

He spent the day Saturday answering her every "Beep."

"I'm finished with my ice cream."

"I have to go to the bathroom."

At one point, she beeped him from across the room.

By the time I got home Saturday evening, half the Bourbon in the house was gone and The Coach was ready to smash that pager to smithereens.

While The Coach and I sat in our living room watching the New Orleans Saints destroy the Atlanta Falcons (WHO DAT!) and my fantasy football team, The Lyons Lions, score mucho points, Grandma sat in her room with her button.

I know because he kept track. He kept score is more like it.

She wanted in her chair.

She wanted out of the chair.

She wanted to go to the bathroom.

She was done with the bologna.

She wanted back in the chair.

She needed to go to the bathroom.


By the end of the day, The Coach was ready to stick that button where the sun never shines and I think he was ready to kill me for finding it in the first place.

He just shook his head in wonder.

At least we slept good. But we need more Bourbon.