When my husband Marty and I first started dating some 22 years ago, there were those who said we'd never last.

He certainly wasn't what I was looking for in a husband -- the tall, dark, handsome guy with rock hard abs and a well-diversified 401K. No, Marty was short, kind of roundish, had more of a keg instead of a 6-pack, and he was paying child support to his ex-wife for his two kids.

But he was cute and funny and he liked to dance and he thought I was pretty cool, being a trailblazing female sports writer and all. He wasn't one of the guys who asked me how I could write about football when I never played it. And he thought it was cool that I got to go to really good baseball games. He even offered to go with me to one, then stood me up.

But we ended up together somehow, and we've shot down all those naysayers.  This December we will celebrate 20 years of wedded bliss. And it has been mostly bliss. When I tell you that I can remember exactly two arguments between us, I am not exaggerating. Two. I can't tell you what they were about, though. I just know that one time I stormed out and, with no place really to go, I drove myself to Walmart and refused to answer my cell phone for a couple of hours.

This is why we do not have a reality show

We have been this perfect little sports couple, he the coach, me the sports writer, both of us going to games, watching games, talking about games, reliving games planning our lives around games -- both his and mine.

As you probably know by now, my husband decided that the 2014 high school baseball season was going to be his 25th and final one. He announced this big decision last year, rather innocuously on his own little blog, but then it blew up into 5, 6, 10 and front page news. And then he got to turn the final season into his very own Farewell Tour, which also garnered 5, 6, 10 and front page news.

Yeah, well now it's over. The season and the career. And, if things keep going the way they are, our marriage soon will be over too. It's only been two months and the man is driving me crazy. He is coach without a team, a man without a mission, a retiree without a hobby. He doesn't play golf, or cook, or garden, or clean the house, he doesn't have a girlfriend and he isn't handy. That means he's just IN MY WAY.

You see,  I have a routine. I get up every morning at 7 a.m. At 7:30, I go walk. At 8:30 ish I come back all hot and sweaty and all I want to do is sit down and cool off. I usually do that by sitting at my computer and seeing what's going on in the world. But since he's RETIRED, The Coach has taken over MY computer. I come home and he's in my chair, all cool and collected and relaxed, sipping coffee and cruising the Internets. Not only that, he's watching some stupid YouTube video that you and I and the rest of the world watched and enjoyed some two years ago, while he was playing baseball. And he wants me to watch it now.

Later in the day he watches baseball, non-stop, on the MLB Network. But now that he's a coach without a team, a manager without men, he has no one to talk baseball with except me. I don't really mind. I do love baseball. It's the film sessions I can do without.

OK. Truth be told, things did get a little better last week. My husband is coaching a group of college-age boys in a local summer league. Many of the players are his own former players who went on to star at LSU, UNO, ULL and other places. They're some good ones. Being a coach again put a little extra hitch in his giddyup - bum knee and all.  He's back to making lineups and talking pitching and running off to games. Unfortunately, there are no practices to run off to, but it's enough to get him out of the house a few times and out of my way. He's happy. I'm happy. And we're not tripping over each other as much.

Our marriage is saved! (Maybe.) 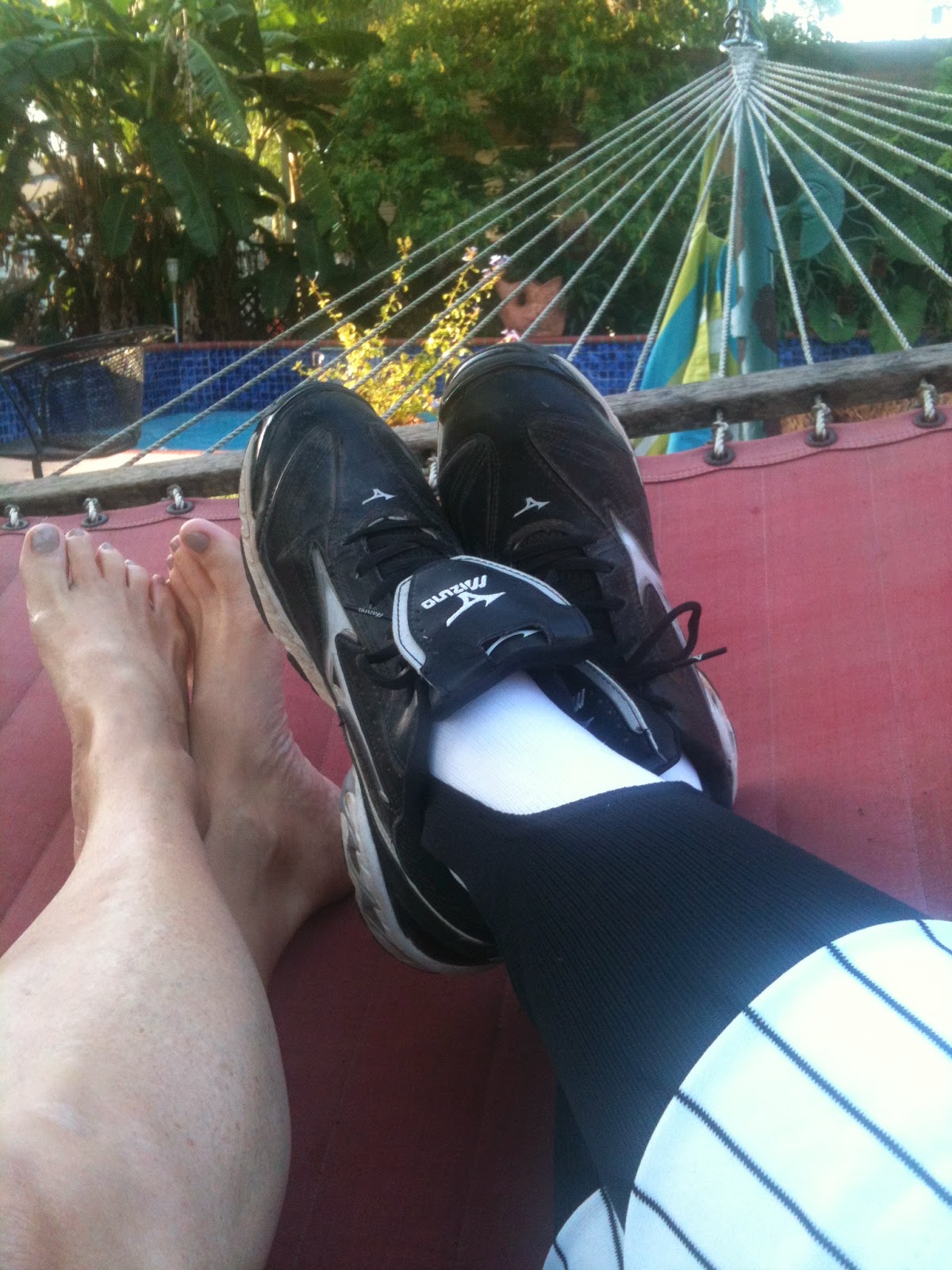